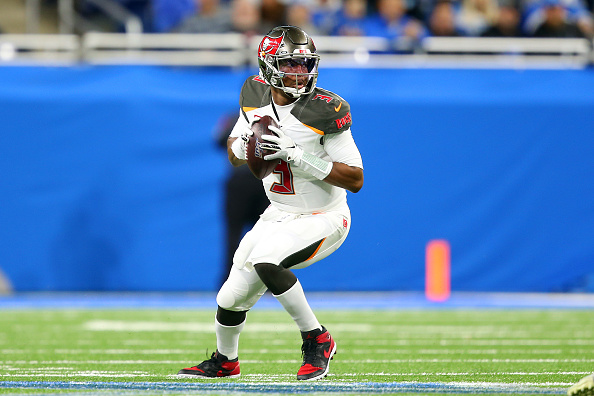 Rob Trayah brings you his Best Bets for Week 16 of the NFL season!

Had luck again with a 1-2 week, unfortunately, as the Colts provided a Monday night dud, the Browns/Cards flew over the total, and the Chargers couldn’t stop turning the ball over.  We’re officially under the .500 mark with week 15’s results, a 22-23-1 season. We’ve now entered the Hats and T-shirts season of the NFL schedule, which includes games Saturday-Monday including three this week on Saturday.

The Texans head to Tampa for a late-season outer conference tilt, Bills and Pats face off for the AFC East, and the Niners and Rams have the late night special for San Francisco to keep pace with the Seahawks. We need winners and we need ‘em fast so let’s hop into the week.

This comes down to the bad defenses outweigh the bad offenses. Daniel Jones returns to the Giants’ starting lineup with Eli Manning stepping aside with last week’s win at home against the Giants. The Redskins look to be without two cornerbacks in Quinton Dunbar and Fabian Moreau while Landon Collins finally practiced on Friday.

Washington has been fairly good at 8.8 yards per completion. The problem? They’ve given up 25 completions as average the past three games and now have that depleted secondary against an up and coming Giants wide-receiving crew that has found life in Darius Slayton and healthy Sterling Shepard and Golden Tate. Throw in Saquon and this Giants offense has some good looks. The weather looks fine for a December matchup between two bad team, but expect points here.

Jameis is playing in another universe the past few weeks with 400+ yard games against the Colts at home and the Lions on the road, getting the Texans who haven’t shown much on the road when it comes to defending the pass, giving up almost 26 completions a game at 11.4 yards per completion.

The Texans are 27th at 35% in pass rush win rate, ranking with the Raiders and the Bengals, meaning they hardly apply pressure, something that Mr. Winston struggles with. This is the perfect spot for the Texans to lay an egg, a team that is 1-7 ATS after an ATS win. They’ve played back-to-back road games this year twice already and lost the second leg both times, both coming off AFC wins.

David Blough is who we thought he was, returning to earth and now getting to travel to Denver, a team that has fared fine with the emergence of Drew Lock. Last week’s loss to the Chiefs was in a blizzard and there wasn’t much going on from both sides. With a return home, the Broncos should be in much better shape against the lifeless Lions.

A vote of confidence for Bob Quinn and Matt Patricia is interesting considering this is one of the worst defenses in the NFL, ranking 31st in pass yards and total yards, 26th in points scored and dead last in PRWR at 25%. They don’t have much talent in the secondary after trading Quandre Diggs and face Courtland Sutton, a stud wideout in his second year with Noah Fant taking over the middle as a big target at tight end. A Kerryon Johnson return won’t do much with a Lions offense that has gone over the 20 point mark just once in its last six games, and lost 8-of-10 ATS including four straight on the road.