Rob Trayah brings you his top prob bets for Week 16 of the NFL season! 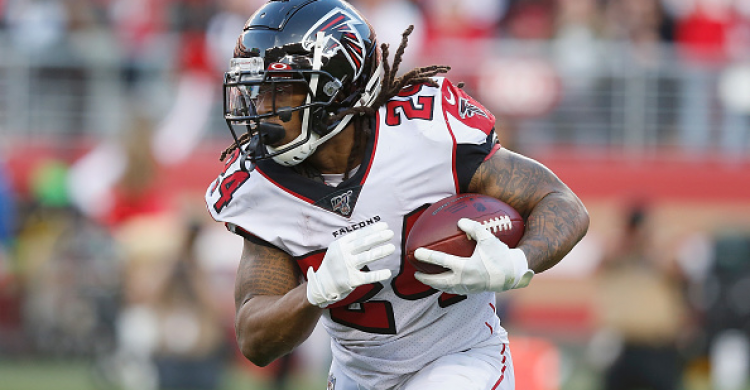 We fall a reception shy of a winning week with Zach Ertz not getting a catch in the final quarter including a game winning drive that was dominated by GREG WARD. Carlos Hyde was held under wraps early, but with the game flow, he saw more than enough carries at a bad YPC to get over his total. Christian McCaffrey kept up his dominate season hitting the over in reception in a come from behind attempt.

Saturday’s games have taken an extra two games taken out of our Sunday schedule, limiting our options a bit, but that doesn’t mean there aren’t money making opportunities.

Devonta still has one touchdown on the season rushing and had his best rushing week of the season two weeks ago against the Panthers at home and gets an equally lovely task against Jacksonville this week. In a game on the road where they traveled, Freeman got 79% of the snaps, his second highest amount of the season. He gets a defense that is 31st in yards per carry at 5.1 and the worst road team against the run at 5.9 yards. If the Jags get down early, the Falcons can play keep away.

With the Falcons defense finding some life at the end of the season, you can look at the Jacksonville offense and how lifeless that has been. Outgained in six straight games, including all on the rushing side, the Jags haven’t been able to play the type of game they want which run the ball and pray. If Freeman approaches the 20 carry mark, expect him to go over this with ease.

Moore continues to put together a stellar sophomore campaign with the possibility of 100 catches and already over the 1,000 yard mark with 1,174 yards to date. The problem here? He gets Will Grier. On the road. Making his first start. In a dome. Odds are sort of stacked here for Grier who gets time to showcase himself to the coaching staff here at the end of the year.

The Colts have not been great against the pass, but that comes down a bit at home, ranking third in yards per completion at 9.3 yards. The Mike Thomas game on Monday night will force the Colts to re-think their defensive strategy against top wide receivers, something the secondary has struggled with this season. Expect heavy reliance, again, on Christian McCaffrey and Moore to be under this number, one that is fit for the elite receivers of the game.

Over 235.5 Passing Yards – Ryan Fitzpatrick vs. the Bengals

Let’s run through the Ryan Fitzpatrick checklist. Is he home? Yes. Done. That’s the checklist. When playing in Miami, Fitzy has a better completion percentage for more yards per attempt meaning he’s about 30 yards more efficient at home. Add the fact the Dolphins simply can’t run the ball, this means that Fitzpatrick should have plenty of chances to throw to his newly paid man in Devante Parker.

People will look at the Bengals average about 220 yards on the road allowed and say that the Bengals have a decent secondary. Wrong. If you’re always losing, you’re not going to get the ball thrown on you and at 12.3 yards per completion, they rank 31st, only in front of Oakland. Miami’s bad pass block win rate (41%) is neutralized here with Cincy’s pass rush win rate (35%) being so low.

One away from the rookie record, Brown faces a depleted defense that just can’t stop the pass, evidenced by the damage the Cardinals did last week. The Ravens will be able to run the ball all they want, but Brown should get plenty of opportunities to beat Cleveland’s secondary.