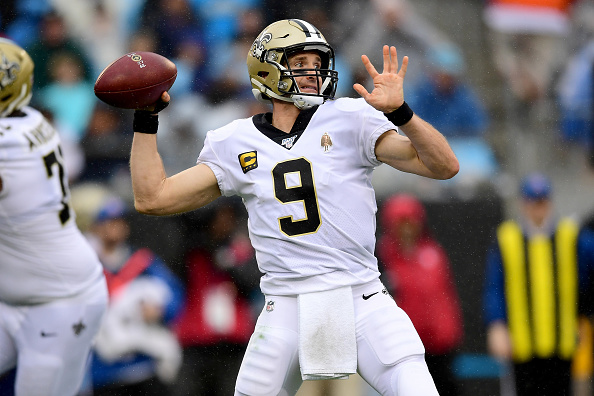 We finished off the 2019/20 season with a winning record on plays, going 26-24-2 after going 2-1 in our final week. The Packers needed the full 60 minutes to beat the Lions while our other two games were really rocking chair games with the subs coming in early the Bills and the total never in doubt, while the Cowboys got some life in the second half and put a hurting on Washington.

We will switch it up a bit with the playoffs coming in Wildcard Weekend where the AFC plays on Saturday and the NFC on Sunday. With limited slates and supposedly the sharper lines of the season, I’m going to go through all four games and talk about sides and totals. I’m not suggesting to play everything, but they will include my plays and leans as well as a general breakdown. Be sure to check out my props article as well for some other side action.

Two teams with some differing styles with the Bills traveling to Houston with Josh Allen getting his first playoff start against Deshaun Watson and the oddly sputtering Texans. 2-2 in their last four, one with back-ups, 3-6-1 ATS in their last ten, the Texans will get J.J. Watt back, but will not get Will Fuller on the field. Of the two, he’s probably the more important player. In 2019 dropbacks for Watson, when Fuller is on the field, there’s a 78.2 EPA while having a -4.3 EPA when he’s not on the field (H/T Kevin Cole). NOT GOOD.

Josh Allen is still the ole gunslinger with no control, being able to hit the big play but miss the next two. The Texans defense allows 7.3 yards per attempt, 11.4 per completion. The Bills rank ninth in the NFL in team pass block win rate at 62%, going against the Texans pass rush win rate of 35%, 28th best. You can throw the ball against the Texans, but you must hit your plays.

Final predictions: Take the Texans ML (-140) here. It’s worth the home team in a low spread. The total opened at 39.5 and currently sits at 43.5, and that’s just too high here with teams more than likely to rely on the running game at points. The under is the play.

The revamped offense of the Titans and Ryan Tannehill walks into Foxboro to face the supposedly dead New England Patriots. There was nothing good in week 17 for the Pats, losing to the Dolphins and losing the bye while Tom Brady played below average football. Derrick Henry won the rushing crown in week 17’s performance against the Texans and will face the weaker portion of the Patriots’ defense, giving up 4.2 yards per rush.

However, Tom Brady has 30 playoff wins. The rest of the AFC has one (Patrick Mahomes). The Patriots’ offense has scored when it needed to the last couple of weeks and the defense had the let down in week 17. The Titans’ defense has been absolutely awful with a rash of injuries, seeing the over go 9-1 their last ten games, giving up an average of 20.7 points per game, 12th best in the NFL, and has gone up their last three games to 25.3 PPG.

Final predictions: Patriots -4.5 and the over. There will be a junk TD scored here, but the Pats should be up multiple scores. The true play should be the Patriots Over team-total: 24.5.

Kirk Cousins and the Vikings will go on the road to face Drew Brees and the Saints, getting almost two scores. The Vikings haven’t played their best football in the past two weeks, one with their starters sitting. Dalvin Cook looks set to return in this one, a big boost for the offense that needs to control the clock against the Saints and their offense. Stefon Diggs and Adam Thielen should be able to get what they need against this Saints secondary that lost Eli Apple and needed to get healthy with Marcus Lattimore.

Drew Brees and Michael Thomas are a match-made in heaven for the Saints, but can New Orleans push the ball down the field to get a cover here? Thomas is going to get his, for sure, but it might take 15 catches to come close to covering multiple scores. He has an 80.5% catch rate this season while Xavier Rhodes has a catch rate allowed of 84.3%, something tells me you might see something in the props article for this.

Final Prediction: Vikings +8 (buy the half point). The total has grown four points and still might go more since opening. The real play should be a tease with the Saints (down to -1.5) and the under (up to 55.5).

Russell Wilson is the best QB left in the NFC and travels to face Carson Wentz, who gets his first playoff start (no Nick Foles!) as a home dog. The problem is that there are barely any humans alive to play in this game. Chris Carson is out with Rashard Penny on the RB side for the Seahawks while the stories are numerous for what Wentz has for weapons. Zach Ertz is still in the air while Miles Sanders seems a go for Philly.

The real news is that Quandre Diggs and Jadeveon Clowney are up for this one as the Eagles will be without Lane Johnson as well. With those two, that defense can travel. A few plays with Marshawn Lynch factored in while looking at Tyler Lockett could be all that’s needed in this one.

Final Prediction: This line came out with Philly as a field goal favorite and quickly moved the other way. Seattle ML is a low enough number to take, but the total shouldn’t push 45. Take the under.