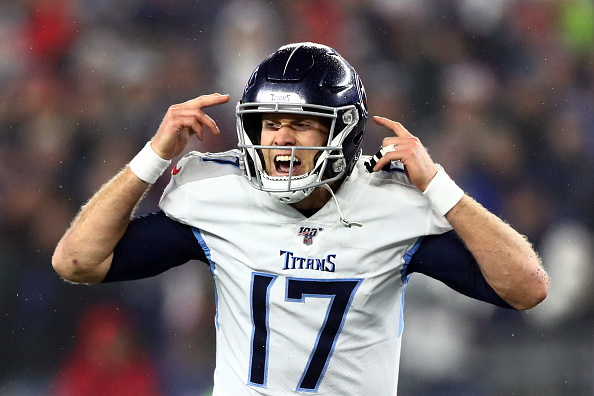 Rob Trayah brings you his top prob bets for the Divisional Round!

A simple 2-2 week with hitting both props in the Texans/Bills game, but then a big miss on Derrick Henry and Michael Thomas just not getting the normal targets lead to an even week. Weather sits in play this week for a couple games so we will tread lately.

Props have been a good thing for us this season and there’s still some really good matchups out there in Wildcard Weekend as some bad defensive split matchup to good offensive scenarios. We won’t hit each game, but we look at the best matchups to get money into your pocket.

Jimmy G. gets the third highest total this weekend, trailing Deshaun Watson by three yards, but went 6-2 to the under of this number at home this year. This is more about the Vikings rushing defense, however, a place that the Saints failed to exploit last week. Minnesota gives up 4.3 yards per rush and only saw 12 attempts last week, a season low after seeing 29 form both the Packers and Bears, where major success was had.

With the 49ers at 4.6 yards per rush, eighth in the NFL, expect San Francisco to lean on the running game for a majority of this game, especially if they get a lead. Garappolo shouldn’t have to win this game, just not lose it.

Tannehill has really come into his role with the Titans this year after being name the starter and led the Titans to this point alongside Derrick Henry. Earlier in the year, Tanne used his legs to get 37+ yards in three straight games, but now has reached 20 just once.

With the Ravens, QBs don’t get yards outside of passing. Deshaun Watson was held to 12 yards, Russell Wilson to 27. The last time a QB got to double-digits was a Sam Darnold run of 11 yards back in week 15. Tannehill takes too many sacks and won’t be able to escape to get over this total.

The 49ers are going to have their full pass-rush crew intact with Dee Ford and Kwon Alexander against the Vikings who gave up three sacks last week and five against the Packers in week 16. If Minnesota falls behind, the passing game must come to life and that’s where San Francisco can pick them apart. With their talented secondary as well, there will be coverage sacks with Kirk Cousins lack of scrambling.