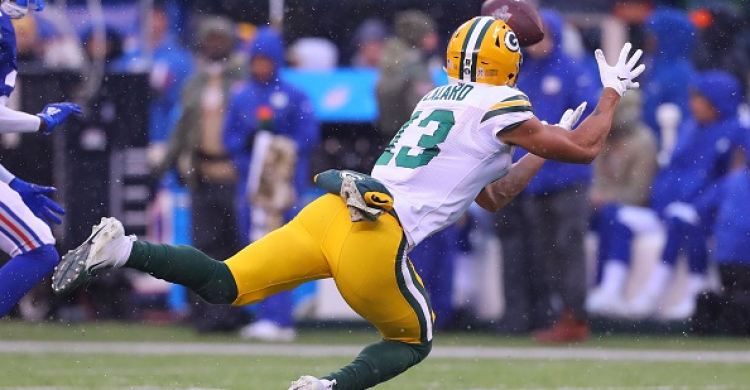 A clean sweep of the Saturday games last week with a nice kneel-down to get the under on Ryan Tannehill paves the way for this weekend’s matchup props. This late in the season, the lines are sharp and it’s all about how the game is going to flow. Anyways, we’ve still got a couple of numbers to attack.

Our 5-2 record in the playoffs looks nice and we will keep it light this week with only two props to go after with just the two games. Still, the big one will be the Super Bowl where every prop imaginable is up for grabs.

When it comes down to it, you put the ball in your best player’s hands, and you let him win you games. That should be Andy Reid’s strategy for Patrick Mahomes and the Chiefs this week against the Titans. Even though they lost earlier in the season to Tennessee, Mahomes was able to put up 446 yards fresh off a dislocated knee and almost got them a comeback win.

The Titans have been able to control games by forcing turnovers including three interceptions in the two games; however, it doesn’t mean that teams aren’t moving the ball on them. In the two games, they have given up 29 first downs and eight plays up 20+ yards. There’s no more explosive team than the Chiefs and Mahomes will be looking to get Tyreek Hill involved, who had by far his best game of the season with 11 catches for 157 yards and a score the first time. He really hasn’t shown the same spark since so it might be just the right timing for him to show again.

With how the game played the first time around, Davante Adams is a marked man. He had six catches, but for only 40 yards, a way of defeating the pass rush was small, incremental junks down the field. This time though, look for Lazard, who only have one catch in the first meeting to get more looks. He has seen the field 75+% of the time the last three weeks, overtaking Geronimo Allison for second the team from the WR corps. Add to the fact that Allison was sick most of the week, Lazard looks ready to be the number two option for Aaron Rodgers.

If the Niners get up early and control the clock, the Packers will need to throw more often and that’s where Lazard could be a factor. Before last week’s goose egg, Lazard had 17 targets over the last two weeks of the regular season, including a touchdown. The 49ers do a good job at controlling the main target of the offense, as seen with Stefon Diggs last week, but allow the second option to see more of the targets. Lazard could go over this number on a drive late in the game, but he should be worth a play.