Props are available for Week 9 and Rob Trayah takes a look at some intriguing numbers to have some fun this Sunday. 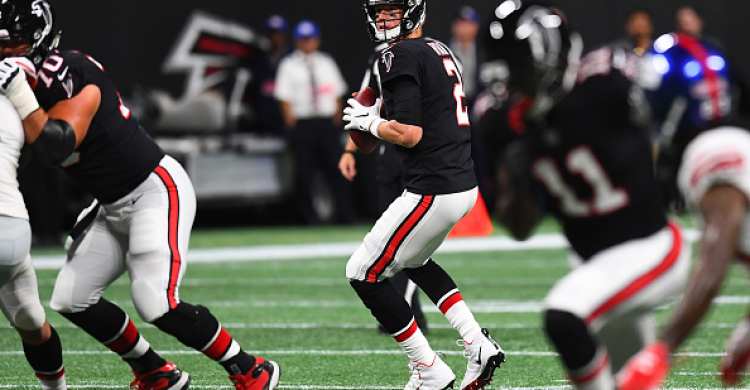 Matt Ryan Over 37.5 Pass Attempts - Ryan and the Falcons are coming off a bye-week and travel to Washington to face a good defense and inclusion of Ha-Ha Clinton-Dix to the line-up. Washington is second in the NFL at stopping the run at 80 yards a game, including a 37-yard performance last week against the Giants. With that being said, Ryan should be looking at Julio Jones and Calvin Ridley all day in this one. He's gone ove rthis number in four straight games, completing 74% in 3-of-4. Washington should be ahead in this one so expect the Falcons to need to play catch-up, causing the pass attempts to rise.

Sam Darnold Under 231.5 Passing Yards - Darnold has not been good lately, completing over 50% of his attempts only once in the last four weeks, that coming against the Colts. On the road, he has yet to reach the 200-yard mark this season, with his best showing being week 1 when he threw for 198 yards. Miami's defense isn't great, but the field conditions are dicey and this is going to be a ground and pound game, especially if the Jets are in this game.

Vance McDonald Over 39.5 Receiving Yards - McDonald has morphed into one of Big Ben's trusted receiveres with 4+ targets in 5-of-7 games that has has been active this season. Going back to their first game against Baltimore, McDonald caught five balls for 62 yards and has gone over this mark in his past two games. On the road, he has 11 catches for 180 yards in two games inclduing a touchdown. The Ravens have allowed over 70 yards in 4-of-5 games including back-to-back weeks giving up a touchdown. With the likes of Antonio Brown and  Ju-Ju Smith Schuster on the outside, Baltimore is susceptible to middle of the field with its linebacking core.