The spreads in week 13 are dreadful. Home dogs all around against teams desperate for wins to stay in playoff contention. Props are the perfect avenue to look at, and Rob Trayah directs you were to find the money on Sunday. 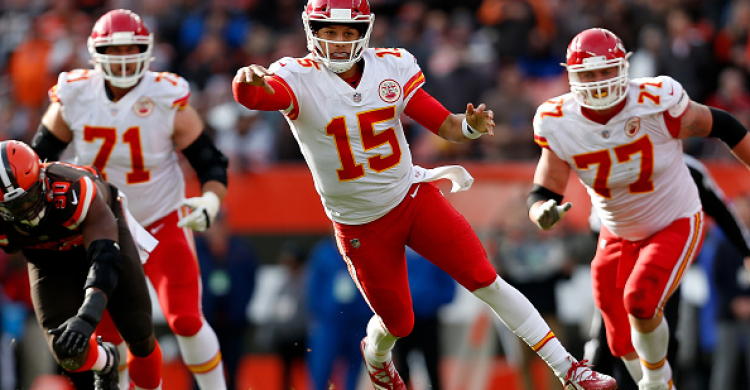 Alright, week 13 is here and in full force. Thirteen games today so plenty of props out there. Let's take a look at some props that are ready to bet on right now.

Cam Newton Over 38.5 Rushing Yards - This is just an auto take under 40 every week. If Carolina is going to be competitive, Cam needs to rush the ball. He had 63 yards on eight attempts last week in Seattle and the Panthers almost won. Even with no defensive backfield in Tampa, Carolina's game is controlling clock on the ground. If Newton gets over two attempts, this number has hit 7-of-9 times.

Chiefs TT Over 34 - If you looked at the picksbook, Chiefs at -13.5 is a big number to take and this offense is going to come out firing. Patrick Mahomes is the real deal and off a bye against Oakland should be the perfect timing for everything else going in Kansas City.

Duke Johnson Over 3.5 Receptions - The Texans on a short week are a little hobbled. Duke hasn't gotten the receptions the past couple of games, plain and simply, because the Browns have been ahead. Expect him to be more in the gameplan as the Texans have struggled mightly against receiving running backs with a 73% completion rate including 6-of-12 games this season with 5+ receptions allowed to running backs.

Austin Hooper Over 39.5 Receiving Yards - The Ravens have given up 50+ yards in five straight games to tight ends, with at least four receptions in each. Hooper has 24 targets the past three weeks and is a good short yardage outlet for Matt Ryan. If the pressure gets to Atlanta's line, Hooper is the first option.