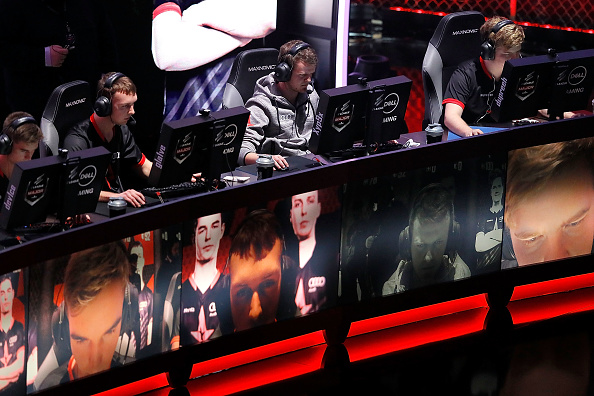 Welcome back for another day of CSGO DFS, Monkey Knife Fight prop plays, and Betting Lines! Today, no playbook for DFS, but wanted to write up a few props and bets I liked for the slate! See below and GOOD LUCK!

I believe the first map choice is Vertigo, and both of these players are highly rated on the map lately, however, either one has yet to top this number in their last two matches against each other. It’s a pretty hefty number, and in the event that the first map chosen is not Vertigo, I’d likely like the prop a bit more.

Rapid Fire – (First map of SKA vs NOR)

I really like Nordavind in this match today, and with it being a best of one, I like it even more. SKADE has been bad lately, losing all five of their last five matches, I think the wrong players are favored by kills here in this prop as well. I’ll take the doggies catching points.

LDLC (+115 BOOKMAKER) vs Apeks – Going with my first doggy of the day here in LDLC. I am not exactly sure what makes Apeks a 1.5-to-1 favorite here in a best of one. Looking at the map bans for these two teams, it seems the last two maps that could potentially be left over after the bans will be either Nuke or Dust2. Dust2 is a map that LDLC have won over 60% of their last eight tries there, while Apeks have only one three of their last ten trips there. Nuke is a split map, but it is also a map that LDLC has chosen as their first map pick 33% of the time lately, so I think they feel decently comfy on Nuke as well. If either one of these maps is the last one to be chosen for this best of one, I feel pretty confident that LDLC will be majorly live here as a dog. Like the value.

Nordavind (-122 BOOKMAKER) vs SKADE – Going to double-down on my Monkey Knife Fight prop up top with this match here and go with NORD as my first favorite on the slate. Again, Nordavind has not been great in their prior head-to-head matches, but they did win their last match 2-1, the only match they have played this year so far. Also, SKADE hasn’t won any of their previous five matches, while NORD has won four of their last five, including three best of ones! NORD has every single player on their team over a 1.08 rating, topped by NaTo at 1.30 and cromen at 1.23, and Tenzki at 1.21 all over 1.20 rating. Just that NORD is the better overall squad here.