Craig Mish reviews all the props for the NFL season and delivers you a short-list of delicious props wagers available at sportsbooks. 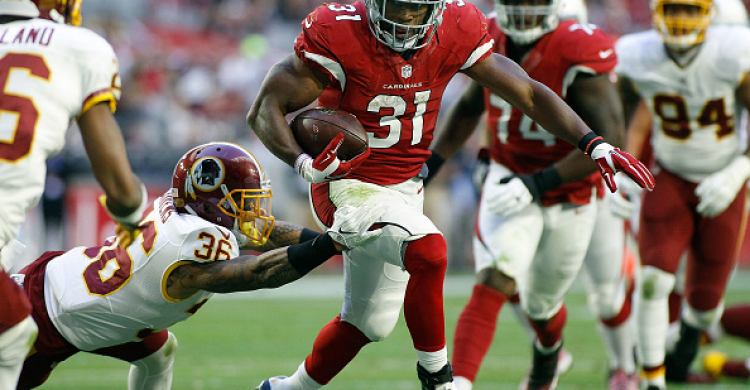 The Seahawks have been known as the “Legion of Boom” over the past few years, led by Richard Sherman, Kam Chancellor and Earl Thomas among others. Two of those three players are gone from this once stout D, and Thomas has reportedly asked for a trade several times. Seattle’s once vaunted defense fell flat last year to 22nd in the NFL and to not project to improve on those numbers in 2018. Their schedule also does them no favors. They have out of conference games against Carolina, Kansas City, Green Bay and Minnesota. Within the NFC West the Rams and 49ers project to be better. This number opened up at 8, and has since fallen to 7.5 but there is still value there. I’d project the Seahawks to win 6 games in 2018.

The Bears played uninspiring Offensive Football this offseason and went out and hired Chiefs guru Matt Nagy to run the offense in 2018. Chicago also signed WR Allen Robinson nd drafted WR Anthony Miller to give second year QB Mitch Trubisky some actual weapons. Nagy was largely responsible for getting Alex Smith to where he was a viable NFL Quarterback and he should do the same for Trubisky. The Bears already have a top 10 NFL Defense, and it could be better in 2018. Chicago is blessed with one of the weaker schedules in the NFL, outside of their extremely difficult games with the Patriots, Packers and Vikings, Chicago plays out of conference games with the Cardinals, Buccaneers, Jets, Bills and Dolphins ! I’d project the Bears to win 8 games this season.

Here are some NFL Player Props listed on Bovada.LV

Over/Under                               450
Watson rushed for 269 yards in just 7 games last season under center with the Texans. It’s not as simple as just projecting out 16 games, but there is a reasonable assumption that once again, Watson will be asked to run the ball 4-5 times a game. Watson averaged 7.5 yards per carry with Houston last season, and there is no reason to believe the Texans would ground their best rushing weapon. Take the OVER 450 yards.

Is it just as simple as not trusting the shoulder of Luck ? Perhaps. Luck hasn’t thrown a TD pass in over a year and according to most reports has been working his way back, but it seems unreasonable to think Luck will return to 30 TD after missing a full season. I would expect Indianapolis early on in the season to have him on a “pitch count” of sorts, and if the Colts are not contenders ? Who knows if Jacoby Brissett sees time. Luck should be good for 20-25 TD passes if healthy, but there is way too much risk here to play anything but UNDER 27.5 TD Passes.

David Johnson is perhaps the most dynamic Running Back in the NFL, not to mention his ability to get to another level in the open field. Johnson rushed for 1239 yards in 2016 when he was healthy, and he missed the season last year with a wrist injury. That is not the type of injury to be concerned about when it comes to betting on this total, and Johnson could easily eclipse the 1400 yard mark based on usage alone. Provided Johnson gets 300 carries this season which seems like a foregone conclusion the play here is OVER 1050 yards.