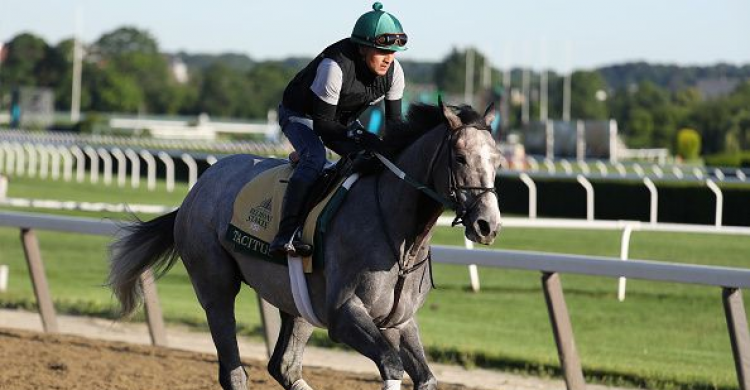 WAGERALARM.COM - Enjoy a FREE Preview of our Picks and Props. We are ramping Wager Alarm to make sure it is your one-stop shop for sports wagering information. Learn, Bet, Win!
In years past, the Belmont Stakes was must-see TV as a potential Triple Crown-winning horse and jockey rode for a chance at history. Although we don’t have that drama this year with two different winners in the Kentucky Derby and Preakness, this weekend’s race should still be exciting with no runaway favorite and the longer race giving others a better shot. The 2019 Belmont will conclude the Triple Crown season for horse racing when the race gets underway this Saturday, June 8th at Belmont Park in Elmont, New York.

Tacitus enters as the morning-line favorite at 9/5 odds, but Preakness-winner War of Will is not far behind at 2/1 odds. You can find a full listing of the odds for the 10-horse field at most sportsbooks, courtesy of Belmont Park head oddsmaker Eric Donovan. Below we will touch on some of the notable names to get betting exposure to this weekend.

Belmont’s 1 ½-mile track is the longest of the three Triple Crown races and there’s currently no rain in the forecast for Saturday’s 6:48 pm ET post time. The longer course has narrowed down the field of horses to only those that have the stamina and ability to handle the longer distance - which should favor those that possess the skill of closing late down the final furlongs.

If you’re unfamiliar with horse betting terminology and the type of bets you can place, here’s a quick tutorial:

Here at Wager Alarm, we suggested placing bets on the winners of the Kentucky Derby (Country House) and the Preakness Stakes (War of Will). Let’s dive into the top contenders to get betting exposure to this weekend for the third of the Triple Crown races!

The Belmont Stakes’ morning-line favorite will be running his first race since finishing third in the Kentucky Derby a month ago. Before the Derby, Tacitus won both of his two previous starts at the Tampa Bay Derby and Wood Memorial - both were Grade 2 races (a slight step below the competition at the Derby and Belmont). Tacitus will be racing from post position No. 10 (the same post he won the Tampa Bay Derby from) and he’ll be ridden by jockey Jose Ortiz, who also rode this colt in the Kentucky Derby and actually won the Belmont in 2017 atop Tapwrit.

At the Derby last month, Tacitus rallied from well behind to close fast and finish fourth (and ultimately third after Maximum Security’s disqualification). Despite falling short of the wn, Tacitus actually rode an impressive race at Churchill Downs considering he needed to navigate a crowded field of horses and the extremely wet track surface. He’s a worthy favorite on Saturday because of his well-rested legs, having not run in a month, and his ability to close fast and late - a strength in longer races like this one.

The Preakness winner is the only horse to run in all three Triple Crown races in 2019, and he could become just the 12th horse to win both the Preakness and Belmont after missing out on the Kentucky Derby. War of Will has the 2nd-best odds to win on Saturday, but they are very close behind Tacitus (9/5) and notably shorter than the third listed horse, Master Fencer (8/1). This colt will start from post position No. 9 - the lane right next to Tacitus.

After getting interfered with in the Derby by Maximum Security - and ultimately finishing eighth - War of Will bounced back in a big way at Pimlico to take the Preakness by 1 ¼ lengths. The field of horses in that race was a little bit easier than the competition he’ll face this weekend at the Belmont, but War of Will has proven his versatility to contend in slow or fast-paced races. This race will favor the late runners more than the early leaders, but this horse can adapt and still run near the top to win back-to-back races.

If you’re looking for a longshot bet with a real chance at winning, look at Sir Winston this weekend. The colt is one of the best closers in this field and he will likely be making a push late in the race after spending the majority of the time in the back. With a smaller field of horses (10) and longer track than in most other races, this late closing strategy should be an advantage for Sir Winston. He used this strategy to near-perfection in his last race when he came flying from the back of the pack and finished a close second at the Peter Pan Stakes at Belmont on May 11. Sir Winston is also trained by War of Will’s trainer Mark Casse, who has suggested the longer 1 ½-mile track will benefit this horse’s strengths as a late, strong finisher.
NEXT ARTICLE
TAGS: