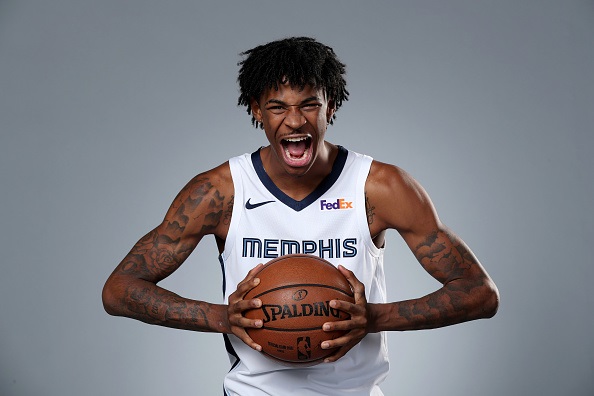 Dan Servodidio brings you the best bets for NBA Rookie of the Year for the 2019-2020 season.

Luca Doncic was honored as the NBA Rookie of the Year for the 2018-19 season on Monday night and it got us thinking. With the 2019 NBA Draft officially in the books, we now know where the top NBA rookies will be playing next season and it’s time to turn our attention to who can win the 2020 Rookie of the Year.

Bovada and many other sportsbooks have released odds for who can be the top rookie and there’s a ton of value to take advantage of before free agency and the NBA Summer League commences in July.

It’s no surprise Zion Williamson enters as the odds-on favorite (-250) after being taken No. 1 overall by the New Orleans Pelicans last week. Although the former Duke standout will dominate the national attention and have every opportunity to prove himself this year, he’s not a lock to win Rookie of the Year. Frankly, we just don’t know how Williamson will fit in with this Pelicans team after they brought in Lonzo Ball and Brandon Ingram in the LeBron trade. Plus, there’s a real possibility that Williamson isn’t the leading scorer on this team and he struggles to acclimate to bigger, better competition than he faced in college. Despite all those negatives, it doesn’t hurt to get some action on the favorite while also spreading out your exposure to the other top candidates.

Let’s take a closer look at the rookies who have longer odds but could pay off this time next year when the 2020 NBA Awards are handed out. All odds referenced below are taken from Bovada but you can find similar numbers at other sportsbooks as well.

The second overall pick appropriately has the second-best odds to win ROY - but Morant probably has a better chance than the +500 number suggests. The Grizzlies traded away Mike Conley before the draft, clearing the way for Morant to be the starting point guard from Day 1. You’ve likely seen his insane highlight reel from college as his athleticism is off the charts and he’ll form a nice young duo in Memphis alongside Jaren Jackson Jr. Morant is a top-notch passer, dunker, ball-handler and scorer and all those talents were on full display when he led Murray State to a first-round upset of Marquette in the NCAA Tournament this year.

Knicks fans might not want to admit this, but there’s a real possibility New York strikes out in free agency with the rumors that Kevin Durant and Kyrie Irving are looking elsewhere and the other big names up in the air. If that’s the case, RJ Barrett would have a much bigger role in his rookie year than originally expected as potentially the top scoring option and leading playmaker. Barrett is an elite finisher at the rim and he’ll be driving to the lane a lot next season as a point-forward who can play either guard position and stretch to the small forward role as well. Although he was overshadowed by Zion Williamson for much of his freshman year at Duke, Barrett still averaged 22.6 points, 7.6 rebounds and 4.3 assists per game.

Remember this guy? Porter Jr. was a top high school recruit in 2016 and viewed as a likely #1 overall pick two years ago when he first enrolled at Missouri. However, a back injury sidelined him for the majority of his freshman season and he ultimately fell to the Nuggets at #14 overall in last year’s draft. Porter Jr. then sat out all of last season with Denver after undergoing a second back surgery a year ago.

Despite all that, the 20-year-old is slated to play in the upcoming Summer League after Tim Connelly (the Nuggets president of basketball operations) told Harrison Wind of BSN Denver that Porter Jr. has been fully cleared for several months and “resembles the player we saw prior to all the injuries.” He could eventually battle for the starting small forward spot for Denver in his “rookie” season and if he produces on a talented team coming off a playoff run, he might follow in the footsteps of Ben Simmons and Blake Griffin as other players who won Rookie of the Year after sitting out their first professional season. The talent is certainly there but it’ll all come down to whether he can stay healthy.

The North Carolina product is in an interesting scenario because although he won’t be a starter right from the get-go, White could easily overtake incumbent point guard Kris Dunn in the Bulls’ rotation this season. Chicago really isn’t tied to Dunn and they could hand the lead ball-handling duties to White if he proves to be more productive - which wouldn’t be a huge surprise. White brings speed and elite transition scoring to the Bulls’ PG position after he excelled in that role in his freshman year at UNC, averaging 16.1 points and 4.1 assists per game on a team loaded with talent.

Although his speed running the offense will be valuable, the other thing that sets White apart from Dunn is his ability to space the floor as a three-point threat. White shot 35.5% from three and posted a 47.7% conversion rate as a pull-up and spot-up shooter during his lone season with the Tar Heels. Considering that the Bulls finished dead last in the NBA last year in made three-pointers per game (9.1) and were fourth-worst in three-point shot attempts per game (25.9) - White’s ability to shoot from the perimeter should also give him more minutes over Dunn.

It might be a little unfair to Doumbouya that he’s received comparisons to Giannis Antetekounmpo - but when you watch his tape, it’s easy to see the similarities to the recently- named league MVP. The 19-year-old Guinean native has a unique blend of athleticism and size at 6’9” and 230 pounds and he can both drive to the rim with strength and stretch the floor with a developing three-point shot - he made 15 three’s in a row in an individual workout ahead of the draft. The Pistons selected Doumbouya with the 15th overall pick in this year’s draft after he played the last three years in France and spent last season in the first division - the same league that’s spawned other NBA standouts like Tony Parker, Nic Batum, Rudy Gobert and Evan Fournier.

Although Doumbouya’s talents are raw, we can’t overlook the fact that he played against grown men and probably a better level of competition last year than most the incoming rookie class faced in their college basketball conferences. Ironically, Giannis was also taken at #15 by the Bucks in 2013 - although he didn’t win ROY that year. Doumboya is definitely more of a project than other rookies but he has the potential to put up numbers right away because Detroit had a need for wing scorers and only Tony Snell blocks his playing time at the moment.