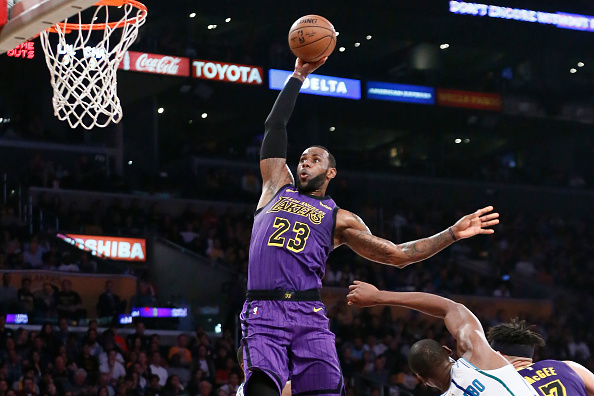 Dan Servodidio takes a look at the odds for the Championship for the 2020 NBA season post Free Agency.

We live in a different NBA landscape than the one your father is used to. There’s no more loyalty between players, franchises or cities - on either side - as everyone makes shrewd, sometimes desperate, moves just to have the best chance at winning a title. In turn, this summer was a very active one as some of the league’s best players changed teams and predicting who will win next year’s NBA championship becomes blurry without one superteam as the clear-cut favorite.

With NBA free agency all but wrapped up and the big names now on new teams, it’s time to look towards who can win the 2020 NBA championship next June. Most sportsbooks have put out updated odds for next season’s title winners and there’s been a lot of movement since the Clippers landed Kawhi Leonard and Paul George last weekend. All of the odds referenced here are taken from VegasInsider.com.

We’ll focus on the five teams with the best current odds and lay out the case for betting on each to win the 2020 NBA title. Beforehand, though, it’s worth mentioning where some notable teams ended up on this list based on the recent player movement.

The New York Knicks (200/1) virtually struck out in free agency as Kevin Durant, Kyrie Irving and the other big names on the market went in other directions. The Oklahoma City Thunder (100/1) lost their MVP candidate, Paul George, to the Clippers and their odds could worsen before the season starts if they are forced to trade Russell Westbrook away. The defending champion Toronto Raptors (80/1) were left empty-handed after Kawhi Leonard opted for the big lights of LA. Then there’s the Boston Celtics (25/1) who basically replaced Kyrie with Kemba Walker but lost their anchor on defense, Al Horford.

Now let’s dive deeper into the five teams with the best odds to win the whole thing in 2020. 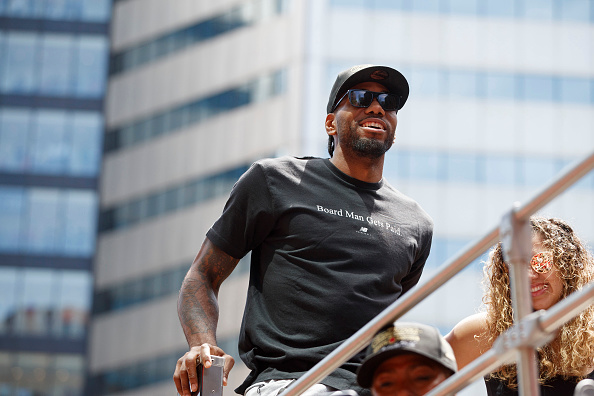 It’s hard to argue with Vegas favoring the Clippers next year after they acquired two of the best two-way players in the league in Kawhi Leonard and Paul George. This team is clearly in win-now mode as they’ll pair their two superstars with an incumbent core group of players that pushed the Warriors to six games in the first round of the playoffs last year. With the reigning Finals MVP (Leonard) on their side now, the Clippers need to be considered heavily for next year’s title because of their unique combination of stellar defensive potential and multiple players who can create their own shots in a playoff series. Leonard and George are All-Defense caliber players who are both matchup problems on the offensive end. Patrick Beverley is a shutdown guard on the defensive end as well and bringing Lou Williams off the bench as a dynamic scorer will give opposing defenses a tough time trying to decide who to eliminate between him, Leonard and George.

The Bucks return mostly the same team that not only won the most games of anyone last year (60), but they also looked poised for an NBA title until they ran into Kawhi Leonard. Fans and media members alike were basically penciling in Milwaukee as the team that could take down the Warriors dynasty - that is before the Bucks blew a 2-0 series lead in the Eastern Conference Finals to Leonard and the Raptors. Although they lost Malcolm Brogdon to the Pacers, the Bucks re-signed Khris Middleton after his breakout season and still have the reigning MVP Giannis Antetokounmpo to anchor their rotation. The East got a lot easier for Milwaukee with Leonard moving out West - and it makes sense for the Bucks to have the best odds of anyone in this conference considering the remarkable season they had a year ago with virtually the same roster.

The Lakers’ offseason has been well-documented to this point and after all the dust settled, the team is left with a core Big 2 of LeBron James and Anthony Davis with a bunch of role players filling out the space around them. Many thought the Lakers were the favorites to land Kawhi Leonard following their acquisition of Davis - but they lost him to the “other” LA team and failed to bring in a third superstar. Still, though, they brought in Danny Green and DeMarcus Cousins via free agency and any team with LeBron on it needs to be taken seriously until we’re shown otherwise. LeBron and Davis will be a tough matchup for the rest of the league, but Los Angeles needs to have one or two other players from their recent signings to step up in playoff series to come. Cousins could be that guy if he proves he can return from his injuries and get back to the star-level production we saw from him in Sacramento. 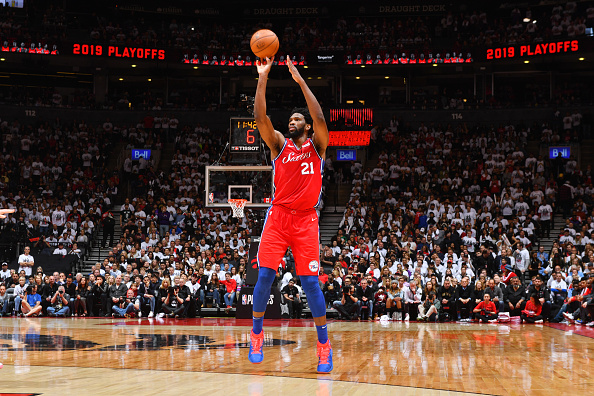 The Sixers made a mid-season push last year for the title but fell short to the Raptors in the Eastern semis. Although they couldn’t bring back Jimmy Butler from that team, Philly did re-sign Tobias Harris and picked up Al Horford in free agency to join their core of Ben Simmons and Joel Embiid. You can make the argument that the 2019-20 version of the 79ers is better than their team a year ago - but losing a pure scorer like Butler may cause some issues in the playoffs without anyone who can get buckets in crunch time. Aside from the scoring worries, though, the Sixers will be an elite defensive team with size up-and-down the starting lineup. Bring in Horford will be huge for this team as he makes up a dominant one-two punch in the paint alongside Embiid and he could benefit from playing mostly as a power forward (his natural position) after playing center for the Celtics the last few years.

This is not a typo. The team that’s run through the West over the past five years and has won three of the past five titles - sits fifth on this list behind teams that haven’t even reached the Finals in the past decade. Yes, they lost Kevin Durant to the Nets and Klay Thompson will be out for at least half the year (probably longer) - but the Warriors are still really talented and will have their MVP candidate Steph Curry still in his prime. Golden State added DeAngelo Russell this offseason and although the fit is an odd one, the Curry-Russell combo in the backcourt may be the best in the league and it will allow the team to get by until Thompson returns from his ACL injury. Plus, Draymond Green returns to provide the defensive presence. Even in this current “wide-open” NBA landscape, let the rest of the world doubt the Warriors despite seeing them build a dynasty the last five years. Getting them at these odds seems like a massive bargain considering it was just a season ago when we were writing their name in pen as the champs.