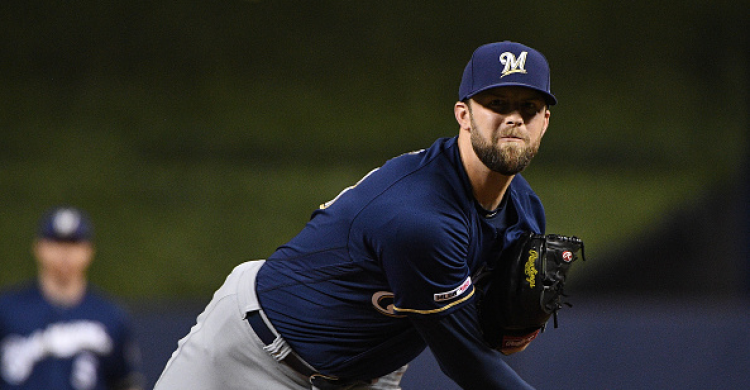 Welcome back, sports fans! The MLB season is quickly coming to a close as the postseason picture becomes clearer and the Wild Card races head into the final stretches. While other people are busy betting on NFL and college football games, it’s time to hone in on the MLB action with some interesting lines and totals available for us to take advantage before the season concludes.

Our picks on Monday went 2-1-1 with the Cardinals and Rays winning and the Phillies-Nats total ending in a push. As we always say, though, today is a new opportunity to wipe the slate clean and look at each game individually as we build our bankrolls!

Today’s Wednesday, September 25th slate features every MLB team in action with 15 games on the schedule - one in the afternoon and the rest in the evening. Here at Wager Alarm, we break down a few of the day’s MLB games and matchups to lay some money on as you build your sports betting portfolio. All lines and totals referenced here are taken from the Westgate Superbook unless otherwise stated.

We’re not sure what it is about this matchup, but these two teams are combining for a ton of runs lately and it should roll right into tonight’s meeting. The Orioles and Blue Jays have played each other five times over the last week and each game resulted in 12 total runs or more with an average of 16 runs per matchup. These offenses are definitely not among the best in the league (they’re actually pretty bad) - but the poor pitching on both sides has been even worse and is causing an offensive outburst across the board.

Tonight’s game features a starting pitching matchup of Baltimore’s Gabriel Ynoa vs. Toronto’s Jacob Waguespack. Ynoa has a 5.87 ERA and .301 BAA over his last 30 ⅔ innings pitched and the current over has hit in each of his last three outings. Waguespack, meanwhile, has a 4.31 ERA over his last nine starts and owns a 5.96 ERA and .308 BAA in his 25 ⅔ home innings thus far. So the starting pitchers in this one are not good. But even worse are the bullpens for each of these teams. The Orioles’ relievers have the league’s second-worst ERA at 5.84 while the Blue Jays’ pen has a 4.30 ERA on the year. Expect a ton of runs from these two offenses for the sixth straight game.

Remember Frankie Montas, baseball fans? The Oakland starter hasn’t pitched since mid-June due to an 80-game PED suspension - but he finally returns to the mound tonight and the A’s seem ready to give him a full leash in his first game back. Montas was 9-2 with a 2.70 ERA and 1.12 WHIP before his suspension and tossed a quality start in eight of his previous nine outings back in May and June. Obviously there’s some worry for any pitcher returning to the big-league level after such a long layoff, but Montas has the stuff to replicate his dominance from earlier in the year. The Oakland righty is fully stretched out to a 100-pitch workload after going through bullpen sessions lately and he’ll face an Angels offense that is just not the same right now with Mike Trout out for the rest of the season. Montas faced LA three times earlier this year and he was 2-0 with a 1.06 WHIP and .193 BAA in those starts.

On the other side, the A’s should provide Montas enough run support in their own matchup against Angels starter Andrew Heaney. The lefty has a 4.89 ERA over his last 10 starts and owns a 5.29 ERA in his nine home outings this season. He’s also ran into a lot of trouble in recent starts with at least four runs allowed in each of his past four outings - including six runs allowed in both of his two most recent starts. Plus, Heaney struggled in his previous meeting with Oakland as he allowed five runs over six innings and took the loss.

The Brewers can clinch the second NL Wild Card berth with a win tonight and they are playing inspired baseball lately after losing Christian Yelich for the season. Milwaukee starter Jordan Lyles has a 2.35 ERA and 1.12 WHIP over his last 10 starts and he’ll face a Reds lineup that he’s had success against already this year. Lyles has held Cincy to a .188 batting average and three runs over nine innings in his two starts against them. Plus, he hasn’t allowed more than one run in an outing since mid-August (six starts ago). Meanwhile, Reds starter Tyler Mahle has struggled lately with an 0-4 record and 5.75 ERA over his past 10 starts. He’s allowed at least four runs in four of his last six outings.

This is the classic day-after game for both teams. Yesterday’s day-night doubleheader between these two squads saw the Phillies get eliminated from playoff contention in the first matchup and then the Nationals clinch a Wild Card berth in the nightcap. You better believe the Nats will roll out a B-level lineup for this game with many of the regular starts getting the night off after last night’s booze-filled celebration. The Phillies - now with nothing to play for - could also play some of their younger bench players as a type of tryout as they look towards next season. Although the pitching matchup isn’t great on paper - Washington’s Anibal Sanchez vs. Philly’s Drew Smyly - both these starters have shown lately they are capable of pitching well against inferior lineups, which is what we could easily get tonight in a game with no implications.