Dan Servodidio takes us through the matchups of Week 5 of college football action and identifies the best bets for Wager Alarm. 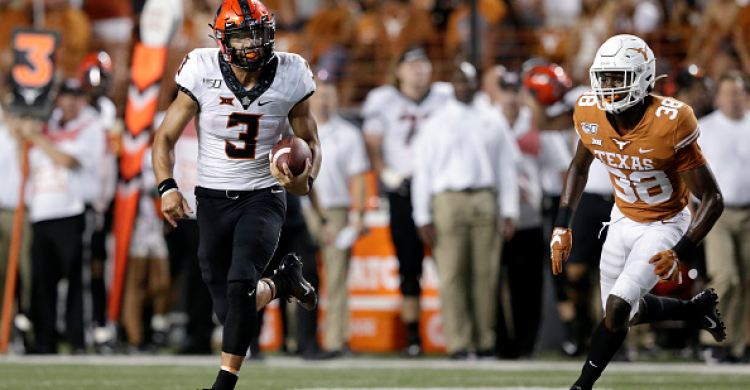 Don’t fret, college football fans, we’re back with our Best Bets ahead of Saturday’s Week 5 action with a ton of interesting games and lines to lay some money on! The season is in full swing now and we have a larger sample size of stats, spreads and games to base our bets off of as we head into the third weekend of college action.

So far this season, our weekly picks have gone 11-7-2 after a 1-3 record this past week. In Week 4, we were right on Oklahoma State (+6.5) covering but missed on our other three bets. Win or lose, though, we need to wipe the slate clean and refocus on this weekend’s college football slate.

Alabama’s high-powered offense is no secret at this point and they should contribute a ton to the over hitting in this matchup. Ole Miss is allowing 272 passing yards per game which should benefit the pass-first ‘Bama offense led by Tua Tagovailoa, who has tossed five touchdowns in back-to-back games. Plus, Mississippi just allowed 28 points and 357 passing yards to California last week. Alabama should easily be able to at least duplicate those numbers could score 28 just in the first half. The Crimson Tide have scored at least 42 points in all four games this season and we could see a similar game like their Week 3 win over South Carolina, which resulted in 70 total points.

The Cowboys are simply not getting enough love from Vegas this week after they lost 36-30 to Texas on the road last Saturday. The Oklahoma State offense can put up a ton of points any time they touch the field and although this matchup is a tough one, this team should be motivated to bounce back in a big way after their first loss last week. The offense can beat you through the air with the Spencer Sanders to Tylan Wallace connection or just pound it on the ground with Chuba Hubbard getting a ton of volume and Sanders adding his dual-threat ability to the mix. While Kansas State is now nationally ranked, they really haven’t proven themselves against a high-powered offense like the Cowboys. It’ll be a matter if they can keep pace with the scoring in this matchup which is a tall task.

This is ESPN’s College Gameday matchup and we feel Nebraska is being slightly disrespected by this spread. There’s no denying how good Ohio State is this season as a potential Playoff team - but the Cornhuskers can certainly keep this one close with the home field advantage in primetime. Following a tough loss to Colorado in Week 2, Nebraska has bounced back with back-to-back wins over Northern Illinois and Illinois that saw them score 44 and 42 points, respectively. The offense, led by dual-threat QB Adrian Martinez, will be Ohio State’s first real test this year and it remains to be seen how the Buckeyes will handle a competent offense like Nebraska’s. The Huskers could ride the momentum from Gameday with a raucous home night-time crowd to keep this one within three scores like Vegas is projecting.

We’re trying hard not to overreact to UCLA’s impressive high-scoring win over Washington State last week - but it’s really hard to ignore 130 combined points in a college football game. Yes, Washington State’s offense is high-powered and all of their games have tons of scoring. Still, it’s time to consider that UCLA’s games against good offenses could all be high-scoring going forward and that trend could continue this week. The Bruins’ defense is allowing a whopping 519.8 total yards and 39.5 points per game this season and Arizona’s offense - led by dual-threat QB Khalil Tate - is putting up 43.7 points and 580 total yards per game. This is a match made in heaven and we can definitely count on the Wildcats doing their part towards the over hitting. On the other side, the UCLA offense may have cracked the seal on their early season struggles and could light up the scoreboard in this matchup against an Arizona defense that’s allowing 482 total yards and 33.3 points per game for the year. This total is definitely high at first glance but when you consider both teams could score 35-40 points with upside for more - let’s pounce!