Dan Servodidio brings you his best bets for Thursday's NFL Week 5 contest between the Rams and Seahawks. 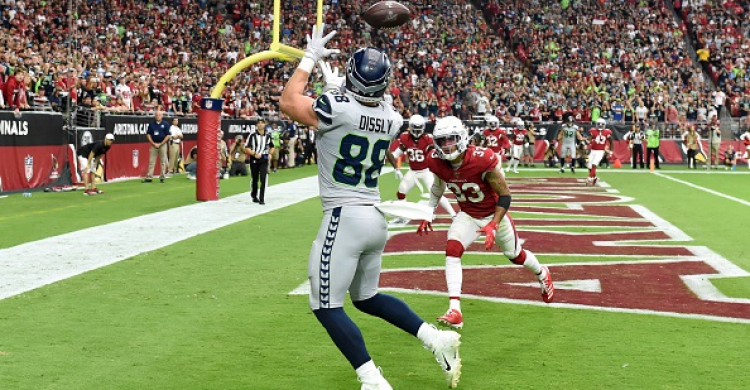 How did your Week 4 bets hold up? Here at Wager Alarm, last Thursday night’s game between the Eagles and Packers was a good one for us as we hit the over (44.5 total) and the Eagles as 4.5-point underdogs. Still, we’re back for another matchup on Thursday Night Football and it’s time to lay some money down before kickoff!

The Week 5 TNF matchup features two teams that will likely be battling all season long for the NFC West divisional crown as the Seattle Seahawks host the Los Angeles Rams. The Seahawks enter as 1-point favorites and the current total sits at 49.5 points, according to the Westgate Superbook in Las Vegas as of Wednesday morning. Last week, we went 2-0 with our TNF bets and we’re now 4-4 overall with our weekly Thursday picks.

So far this season, the Seahawks are 3-1 and are coming off a 27-10 victory over the Cardinals in Week 4. The Rams, meanwhile, are also 3-1 and will try to redeem themselves after last weekend’s 55-40 loss to the Buccaneers.

These Thursday night games can tend to be low-scoring but that likely won’t be the case this week with two 3-1 teams matching up for major bragging rights in the NFC West. The Seattle offense is averaging 25.8 points per game while the defense is giving up 22.2 points on average. Meanwhile, the Los Angeles offense is scoring 29.2 points per game and the defense is allowing 26 points per contest. The matchups on both sides of the ball certainly tell us that 25 or more points for each team is definitely in play. Plus, the Seahawks and Rams have both been involved in two games apiece already this season that saw the totals go over 49.5 points. Now for another stat - these two teams combined for 131 total points across two games last season, a 33-31 Rams’ win in Seattle and a 36-31 Rams’ win in LA. This game has the makings of a shootout as both offenses should have the upper hand due to the defenses having to play on short rest with the quick turnaround.

This game is basically a pick’em as the Rams originally opened as 1.5-point favorites but now the Seahawks have become the slight favorites at home. Simply put - bet on whichever team you think will win outright and for us, that’s Seattle with the home field advantage in primetime. In the Pete Carroll era, the Seahawks are nearly unbeatable in night games in their home stadium. Since Carroll came to Seattle in 2010, his teams are 17-2 at home in primetime and 8-1 in Thursday night matchups. The other key factor in play is the weather forecast for the Seattle area on Thursday. Rain showers are expected which should affect Jared Goff and the Rams offense. Goff has historically been better at home since the team moved to Los Angeles and he could struggle on the road in a tough environment in Seattle. This teams are fairly even on both sides of the ball but the Seahawks’ usual tendency to win in primetime games at home (especially on Thursday) moves us in their direction.

There was some worry as to how how effective and involved Cooper Kupp would be early in the season as he returned from last year’s ACL tear - but he’s been Jared Goff’s favorite target in the passing game through the first four weeks. Kupp has seen double-digit targets in three of four games (with at least nine in each week) and racked up 20 total receptions over the past two games. He’s basically operating as Goff’s safety valve over the middle and in short/intermediate routes and he should get peppered with targets again this week with rain in the forecast. Goff likely won’t be throwing deep too often to avoid turnovers, which sets up Kupp for a ton of opportunities at receptions in the short game.

Over - Will Dissly Total Receptions

Although the Los Angeles secondary got exposed by the Tampa Bay receivers last week, expect the corners to bounce back and limit the effectiveness of Tyler Lockett and DK Metcalf in this game. Aqib Talib and Marcus Peters are All-Pro talents and they should have better performances against the Seahawk receivers. Instead, Russell Wilson could look at his tight end more often as he’s been very reliable in the passing game this season. Will Dissly has converted his 15 targets over the past two weeks into 13 receptions for 119 yards and two touchdowns. He’s a major part of Wilson’s target tree right now and he could see an uptick in targets if the Rams’ secondary clamps down on Seattle’s other pass-catchers.

Much had been made this past offseason about Todd Gurley’s knee problems and probable reduced workload for the 2019 campaign. Although Malcolm Brown and Darrel Henderson haven’t been utilized much over the last couple games, that trend should change on Thursday night. The Rams likely won’t want to overuse Gurley on a short week and if they fall behind early, the offense will head to the air more often anyway which will also reduce the number of carries for Gurley.

Following his 104 rushing yards on Sunday, we could see a high rushing prop for Carson this week but we must temper our expectations in this matchup. First off, the Rams’ defense is pretty strong up front with their defensive line and are limiting opponents to 91.8 rushing yards per game (9th-best in the league). Second, the Seahawks will have Rashaad Penny active for this game and could opt to give him more carries and snaps overall because he’ll have fresh legs compared to Carson on a short week. And finally, Carson had yet to rush for more than 60 yards in a game this year before last week as the Seahawks have opted to the passing attack more often than expected.