Dan Servodidio brings you his best bets for today's MLB Divisional Round games. 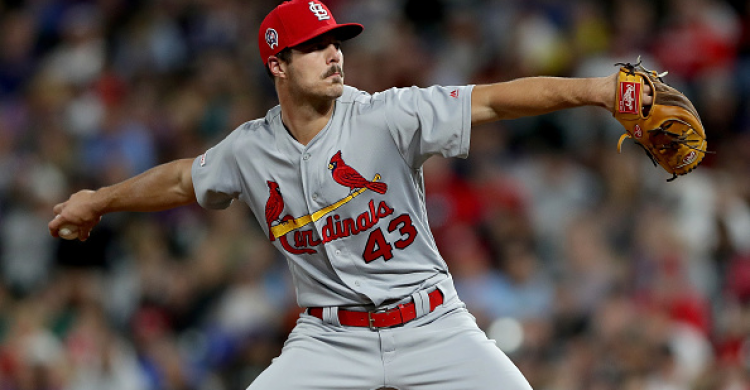 Welcome back, sports fans! The MLB postseason is in full swing and we have a four-game slate of Divisional Round action on this Monday, October 7th. All four series could be over by the day’s end as the Yankees, Astros, Dodgers and Braves can all advance with wins.

We’ve got some interesting pitching matchups - especially for the teams in must-win scenarios - and it gives us a chance to lay some money on the teams and totals! All odds referenced here are taken from Westgate Superbook in Vegas.

Surprise, surprise! The two teams who combined to hit 613 home runs in the regular season are involved in high-scoring games when they meet in the postseason. The Yankees and Twins combined for 14 runs in Game 1 and ten runs in Game 2. It’s been New York on the winning end of both meetings and no matter who wins tonight’s match up, we can count on plenty of runs once again. The Yankees will start Luis Severino, who will be making just his fourth appearance of 2019 after sitting out the majority of the season recovering from injuries dating back to Spring Training. To put it simply, we just can’t trust Severino to pitch effectively (or deep into the game) against this dangerous Twins offense on the road tonight. The Yankees’ righty infamously gave up six runs in three-plus innings to the Red Sox a year ago in the playoffs and he’s only thrown 12 innings over three outings since. Meanwhile, Jake Odorizzi will start for Minnesota and he could run into trouble with this New York lineup, just as the majority of the Twins pitchers have done this series. Plus, Odorizzi allowed nine runs on 12 hits over ten innings in his two starts against the Yankees earlier this year. Vegas is seemingly playing it cautious with this run total, but nine runs seems too low for a matchup between two high-powered offenses.

In a must-win game for Washington, Max Scherzer will start for the Nationals today after he started the NL Wild Card game and then threw an inning in relief in Game 2 against the Dodgers. Nats fans are likely confident in Scherzer pitching well at home tonight to keep them alive, but there’s reason to worry here. The former Cy Young winner has not been sharp lately with a 4.71 ERA and 40 hits allowed over his last 44 innings pitched. Yes, he did strike out the side in that relief appearance on Friday - but the Dodgers offense is clicking right now after scoring ten runs last night in the win on the road. If they get to Scherzer early in this game and force the Nationals to the bullpen, that’s a bad sign because of how bad their relievers are. The best option might be Stephen Strasburg on short rest, which is not ideal in an elimination game. On the other side, the Dodgers will send out Rich Hill to start. The lefty only threw 5 ⅔ innings in September as he returned from a long IL stint and he could see only four innings or so in this matchup. However, the Dodgers’ bullpen is well-rested and will be ready to shoulder the bulk of innings if Hill bows out early. Los Angeles will have basically all of their top relievers available to come in for Hill, which gives them the edge automatically over Washington if they need to do the same.

If you read our Best Bets articles during the regular season, you know we liked to target the Cardinals at home, and that’s continuing into the postseason because of how good their starting pitching has been at their home park. St. Louis starter Dakota Hudson was 9-2 with a 2.75 ERA in 17 home starts this year and he ended the regular season on a hot stretch, going 6-1 with a 2.04 ERA, 1.06 WHIP and .167 BAA in his last ten starts. This is a must-win game for the Cardinals and Hudson will need to replicate those numbers today if they want to stay alive. As of Monday night, there was no line posted for this game because the Braves had to announce their starter. It’ll either be Dallas Keuchel on short rest or Julio Teheran, who was just recently added to the postseason roster. Keuchel may not pitch deep into the game if he runs into trouble early, which is certainly a possibility for any starter who just pitched in Game 1 of this series. If it’s Teheran, the Cardinals have an even better chance at the victory because ended the regular season on a cold streak with a 5.50 ERA over his final eight starts, including six earned runs to the Royals over 2 ⅓ innings in his most recent outing.

The Rays offense just can’t catch a break in this series. In Games 1 and 2 they had to deal with this year’s top two AL Cy Young candidates in Justin Verlander and Gerrit Cole and now, in an elimination game they have to face a former Cy Young winner in Zack Greinke. The right-hander has been pretty darn good since joining the Astros at the trade deadline, going 8-1 in his ten starts with Houston including four straight wins to end the season. Over that stretch, Greinke has a 3.02 ERA and 1.07 WHIP and looked rejuvenated coming to a first-place club that regularly provides him with run support. Although he allowed five runs to the Rays in an August start, he could easily bounce back with a strong effort today. The other thing going for Houston right now is a well-rested bullpen after Verlander and Cole both turned in long, dominant outings in their own starts. Meanwhile, Tampa Bay starter Charlie Morton will have a tough task dealing with the dangerous Astros lineup that already scored eight runs in nine innings against him in two previous meetings this season. That Rays bullpen has also been busy through the first two games of this series and could be scrambling if Morton runs into trouble early.