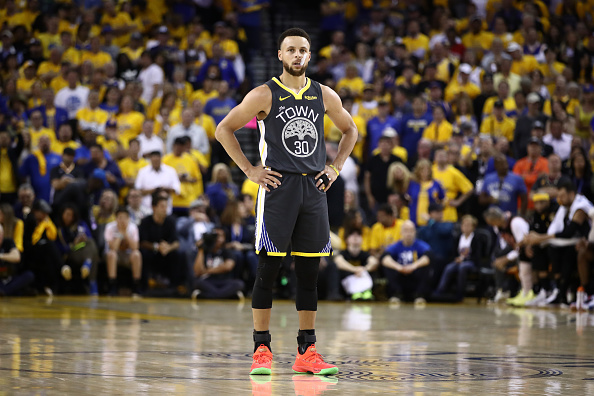 Dan Servodidio brings you the best bets for NBA MVP for the 2019-2020 season.

With the NBA Preseason now in full swing, it’s time to gear up for the 2019-20 NBA regular season and what better way to do it than examining who could take down the 2020 NBA MVP honors? The landscape across the Association has changed massively over the summer as plenty of All-Star caliber players changed cities and we now have a few different super-teams ready to compete for years to come. And just as the Golden State Warriors are no longer shoo-ins for the NBA title, LeBron James has seemingly lost his crown as the perennial “best player in the world.” Thus we have plenty of options to bet on when considering which player can become this season’s Most Valuable Player.

Giannis Antetokounmpo is the reigning MVP after he took the league by storm a year ago, and anchored the No. 1-seed Milwaukee Bucks. He’s the Vegas favorite to repeat as MVP, according to Bovada Sportsbook. However, there are some notable players in both the Eastern and Western Conference who can legitimately challenge Giannis for those honors this season.

We can say right now that we’re not touching the “Big Two” on the Clippers, Lakers or Rockets because they will all take production away from each other - even though all will contend for the title this season. Instead, we’ll examine the best bets you should get exposure to in order to maximize the chance at cashing when the season concludes in June. All odds referenced below are taken from Bovada’s odds listings as of October 9th.

The reigning MVP has a great chance to repeat, as evidenced by him having the lowest odds to do so according to Vegas, and all signs point to him being in the conversation come June. He led the Milwaukee Bucks to the best record in the entire NBA last season, and the team is primed to be the top squad in the East again in 2019-20 after bringing back the majority of last year’s team. As a one-of-a-kind athlete in league history, Giannis was one of two NBA players to finish top five in both scoring and rebounding last season, averaging 27.7 points and 12.5 rebounds per game. As the favorite to win MVP, there isn’t much value in betting Giannis to repeat, but it’s very possible we have yet to see the ceiling from the 24-year-old. He’s reportedly been working on his foul shot and jump shooting this offseason, the only weaknesses in his game last year, and if he improves drastically in both areas, there may be no stopping the Greek Freak in this MVP race.

The two-time MVP saw his overall stats and role on the Warriors decrease over the last couple seasons with Kevin Durant in town, but the path is now clear for Curry to be the clear-cut No. 1 playmaking option for Golden State. Durant is in Brooklyn and Klay Thompson will miss the majority of the season recovering from ACL surgery. Yes, the Warriors now have DeAngelo Russell in the backcourt alongside Curry, but the original Splash Brother should have every opportunity to both score and distribute his way to a third MVP honor. With the increase in ball-handling and scoring opportunities, Curry could very possibly exceed his previous career-high average in points per game (30.1) from his 2015-16 MVP campaign. Plus, if the Warriors finish among the top five teams in the NBA in terms of win-loss record, Curry will be the main reason the team stays in contention before Thompson returns to action.

The Sixers’ big man may be the biggest “what if” in the NBA right now and IF he stays healthy for a full season, the sky's the limit. Embiid has battled injuries over the first three seasons of his career and he’s yet to play more than 64 games in a year. He likely would’ve been in serious contention for the MVP award last year after putting up 27.5 points, 13.6 rebounds and nearly two blocks per game, but he missed 18 games and voters definitely held him accountable for not logging a full season. With an improved roster over this past summer, Philadelphia could potentially challenge the Bucks for the top seed in the East, which would put Embiid firmly into the MVP discussion if he’s out there for 75+ games. At these longer odds, the seven footer from Cameroon is definitely worth laying some money on, if only for the “what if” factor that is his 2019-20 season.

Denver’s center definitely doesn’t receive the same national recognition as other stars in the league, but he’s one of the most unique talents in the NBA right now. The Serbian 7-footer has taken a big leap in his progression over the last two seasons, averaging 18.5 points, 10.7 rebounds and 6.1 assists per game in 2017-18 and then 20.1 points, 10.8 boards and 7.3 assists in 2018-19. He’s been a nightly triple-double threat as a dominant post player and unique distributor in the paint, truly one of the top “unicorns” in the league. You may have forgotten that the Nuggets actually finished with the best record in the West last year and although the conference is even more loaded this season, Jokic could still lead Denver to the top seed yet again with how good that team is. There’s definitely some value in betting on Jokic to be MVP in his fifth season.

Now for the dark horse of the group. Lillard has quietly become one of the best point guards in the league, and the Trail Blazers have finally turned a corner to become one of the best teams in the West. They’ve been the conference’s third seed in back-to-back seasons and there’s reason to believe the team will be even better in 2019-20. Portland brought in Hassan Whiteside to anchor the center position while Jusef Nurkic recovers from injury, and the backfield duo of Lillard and C.J. McCollum remains one of the league’s best guard combos. Lillard saw his points per game dip to 25.8 last season after averaging 27.0 two years ago - but his assist numbers should rise this season (he had 6.9 last season). If the Blazers can contend for a top two or three seed in the West again and Lillard has better numbers, then he should be in the conversation for the MVP award.