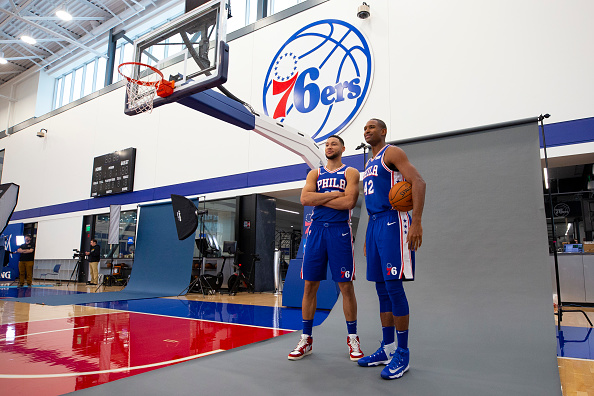 Dan Servodidio brings you the best bets for who will take home the Larry O'Brien Trophy as the 2019-2020 NBA champions!

Are you hoops fans ready for the 2019-20 season? It all tips off tonight on Tuesday, October 22nd with two games on the schedule, but before the action begins we need to lay some money down on the best teams who could potentially win it all when the NBA Finals concludes in June.

Now, the two Los Angeles teams are the clear Vegas favorites to win the title as the Lakers (+300) and Clippers (+333) lead Bovada’s odds list. Since they are both far and ahead of the rest of the field, we won’t spend much time on them because we already know how good they’ll be. Plus, there’s really not much value in betting on the Lakers or Clippers to win because of how big of favorites they are. Instead, we’ll focus on the teams further down Bovada’s list with longer odds to win, and pick out our best bets to win the NBA Championship.

There are only two teams that can realistically make it out of the East (barring injury), and the Bucks will be motivated to avenge last year’s Conference Finals departure. They still have the reigning league MVP in Giannis Antetokounmpo, who is just scratching the surface of his talent ceiling. They also bring back much of the same core from last season’s NBA-best 60-win team. The Bucks would’ve likely been in the NBA Finals in 2018-19 if they didn’t run into Kawhi Leonard and the Raptors, and that team is definitely not as dangerous this time around with Leonard now in LA. The only team in Milwaukee’s way this year is Philadelphia, but not even their talented team has someone with the skill and size combo that Giannis has. If the Bucks do end up winning the title, it’ll be because the Greek Freak elevates his game even more and cements himself as the clear best player in the league. That may be what he has to do to beat the Clippers or Lakers in the Finals to complete the cycle.

The Sixers are the East’s other hope of winning the title this year and some believe they have the most talented starting five in the league. This team came within a Kawhi Leonard buzzer beater of heading to the Eastern Conference Finals last season and although they lost Jimmy Butler in the offseason, they were able to retain Tobias Harris and bring in Al Horford and Josh Richardson to complement their young stars. To win the title, though, Ben Simmons will need to take another step in his development (even if he’s not shooting threes), and Joel Embiid must stay healthy and assert himself as the most dominant big in the league. Philly could easily become the East’s number one seed because of how tough it will be to score on them with length and size at every starting position defensively. This team wins the title if Simmons and Embiid can both have All-Star caliber seasons and get decent production from their young bench unit.

Lest we forget about the best NBA dynasty of this generation? Yes, the Warriors lost Kevin Durant to Brooklyn and will be without Klay Thompson for much of the season as returns from ACL surgery, but we can’t ignore the value for a team that’s been in the Finals five straight years and won three of them. Golden State still has Stephen Curry, the best shooter of all time and a former unanimous league MVP, and Draymond Green, one of the NBA’s best defenders. Plus, they bring in a stud guard in DeAngelo Russell to fill the scoring void left by Thompson and Durant. Frankly, though, we just can’t count on Curry going ham this season as the main ball-handler and scorer. He averaged 30 PPG without Durant last season and then averaged 33 PPG in the postseason after KD got hurt. The only question for the Warriors will be if their young players can fill in and complement Curry, Russell and Green, but we’ve seen Steve Kerr get the most out of his players in years past. Once Thompson comes back late in the year, this team could be scary to face in the playoffs and they might be getting overlooked right now.

The Jazz have become a popular value pick to win the Finals after their busy offseason and loaded roster. They have the reigning two-time Defensive Player of the Year in Rudy Gobert anchoring the paint on both ends of the floor, a breakout talent in Donovan Mitchell who can only get better, a solid veteran addition at point guard in Mike Conley and one of the best sixth men in the league in Joe Ingles. Plus, the team added Bojan Bogdanovic in free agency to add scoring to their starting unit. Ingles moving to the bench will definitely be a plus for the Jazz to give them a playmaking point-forward to relieve Mitchell and Conley. The West is definitely deep, which will make the postseason a tough road to navigate, but Utah is built to compete with all the top teams in the conference with a nice mix of young and experienced talent.

Remember the Spurs? Oh, just the team that has made the playoffs in 22 consecutive seasons and still have the best coach in the league. We can count on Gregg Popovich getting his team to the postseason yet again, so it’s just a matter of how dangerous they will be against a deep Western Conference. The big plus for them this year is getting Dejounte Murray back healthy, which will take pressure off Bryn Forbes and Derrick White to be main ball-handlers. Plus, we have LaMarcus Aldridge and DeMar DeRozan back for a second season together, and Patty Mills being one of the better sixth men in the league. These odds are clearly long for the Spurs to win the title for the first time since 2014, but we honestly can’t rule them out until Pop is retired.