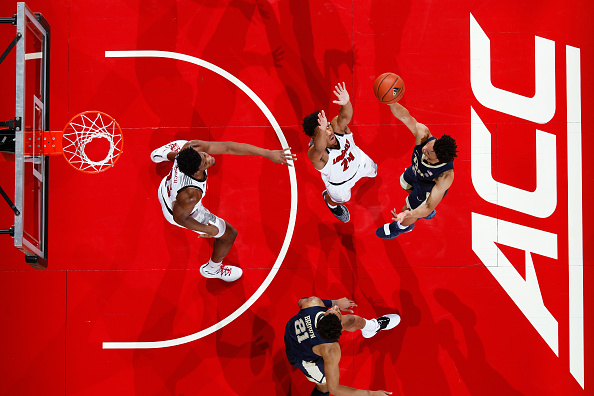 Believe it or not, sports fans, college basketball season is right around the corner and it’s a perfect time for us to lay some money down on the best teams across the country! The 2019-20 season officially tips off on Tuesday, November 5th with a bunch of marquee matchups on the schedule. Before the action begins, though, let’s break down which teams could potentially finish as the best in each of the six major conferences.

Although there are obvious favorites right now to win each conference title - Michigan State in the Big Ten, Kansas in the Big 12, etc. - we will instead attempt to find some value teams to bet on among the preseason odds. All odds referenced below are taken from Bovada Sportsbook in Las Vegas as of Oct. 29.

Duke is the presumed favorite to win the ACC - with Virginia not far behind - but there’s some really good value in taking a chance on Louisville. Despite bowing out in the first round of the Tournament last year as a 7-seed, the Cardinals are ranked 5th nationally in both the AP and Coaches preseason polls - one spot behind Duke and a couple ahead of Virginia and North Carolina. This team will be a tough matchup all season long and should push the Blue Devils for the conference title. Louisville boasts the ACC’s preseason player of the year in junior forward Jordan Nwora and have experience surrounding him with two fifth-year seniors - guard Dwayne Sutton and forward Steven Enoch. Plus, the Cards bring in arguably the best graduate transfer in the nation in guard Lamar Kimble, a three-year captain at Saint Joseph’s, who should add some needed scoring to this defensive-minded rotation. This will be Chris Mack’s second season coaching Louisville and his squad should be more comfortable in his system and culture.

Kerry Blackshear, one of the country’s best grad transfers, will make Florida national contenders right from the get-go and help them challenge Kentucky for the conference title. The 6-foot-10 forward has been picked as the SEC Preseason Player of the Year after he averaged 14.9 points and 7.5 rebounds last season for Virginia Tech. The Gators offense - which looked sluggish at times a year ago - will be able to play through Blackshear, who can score in the paint and stretch the court to the three-point line equally as well. Florida also brings in a McDonald’s All-American freshman in Scottie Lewis, who is a dynamic scorer from the guard position, and two other top 50 freshmen. Plus, the Gators bring back a solid sophomore trio of Andrew Nembhard, Noah Locke and Keyontae Johnson after they showed signs of improvement throughout last season.

Although Villanova has won five of the past six Big East regular season titles, we can confidently count on Seton Hall to push them this year. The Pirates boast the conferences’ Preseason Player of the Year in Myles Powell, who is one of the best offensive playmakers in the country and can score 30 points on a nightly basis. He was overshadowed at times last year by Marquette’s Markus Howard, but Powell enters this year determined to prove he’s the best in the conference and could ultimately win National Player of the Year - he’s that good. Seton Hall also will have 7-foot-2 center Ike Obiague eligible this season after his transfer from Florida State and his presence will allow 6-foot-11 junior Sandro Mamukelashvili to move over to power forward where he’ll be much more effective. It will be tough to topple ‘Nova this year, but Seton Hall can definitely make that push behind the dynamic scoring of Powell.

It’s a far cry to expect anyone to challenge national consensus #1 Michigan State in the Big Ten this year - but why not take a shot on the team coming in at fifth on the odds list. Purdue has reached the second weekend of the NCAA Tournament in each of the last three years and nearly made the Final Four last season if it wasn’t for a last-second Virginia miracle. Matt Painter’s team has proven it can sustain excellence amid roster changes and it will have to do just that after losing star guard Carsen Edwards to the NBA. Much of the Boilermakers’ success this year will come down to whether junior guard Nojel Eastern, junior center Matt Haarms and sophomore big man Trevion Williams can all take that next step forward to lead the team. Eastern was the lone Purdue player named to the Preseason All-Big Ten team, Haarms’ 7-foot-3 frame could be a matchup problem for any team and Williams is coming off an impressive offseason when he helped the USA team win gold at the FIBA U19 World Cup. There’s definitely some optimism in Purdue exceeding expectations and finishing better than its No. 23 ranking in the AP preseason poll.

Oregon and Arizona are the only Pac-12 teams to be ranked nationally in the preseason polls, but this conference is fairly wide open and we can grab Colorado at great value here. The Buffaloes return all eight players who started at least one game last season for a team that won 23 games and finished fourth in the league. Colorado will be led by two players who were all-conference last year and were named to the preseason All-Pac-12 team this time around. Forward Tyler Bey, who averaged 13.6 points and 9.9 rebounds last season, tested the NBA waters this offseason before deciding to return. He and junior point guard McKinley Wright will shoulder the offensive load for Colorado with another season of development under them. Both Bey and Wright could win up being Player of the Year in the Pac-12. This team started last year on the shaky side, but ended the year on a hot streak - winning eight of their final 10 conference games and reaching the Pac-12 semifinals. If this team can continue the momentum from last year, then a league title is in their sights at an attractive value.

Unsurprisingly, Kansas is a big favorite to win the Big 12 but as Texas Tech and Kansas State showed us last year - the Jayhawks can be bested despite their decade of dominance. The biggest threat to Kansas this season is Baylor, who reached the second round of the Tournament a year ago despite an injury-riddled roster. The Bears have a legit chance at the conference title because of the return of 6-foot-10 junior Tristan Clark, who was leading the country in field-goal percentage (72.1) and averaging 14.3 points and 6.2 boards before a season-ending knee injury in January. Somehow Scott Drew’s team still made the Big Dance without Clark by winning 10 of 13 games in January and February. Still, Clark’s mere presence in the starting unit will make this team more complete. Baylor also brings back Mark Vital to be the on-court leader and add two solid transfers in Davion Mitchell (Auburn) and MaCio Teague (UNC Asheville).