Dan Servodidio brings you his best bets for Thursday's NFL Week 12 contest between the Colts and Texans! 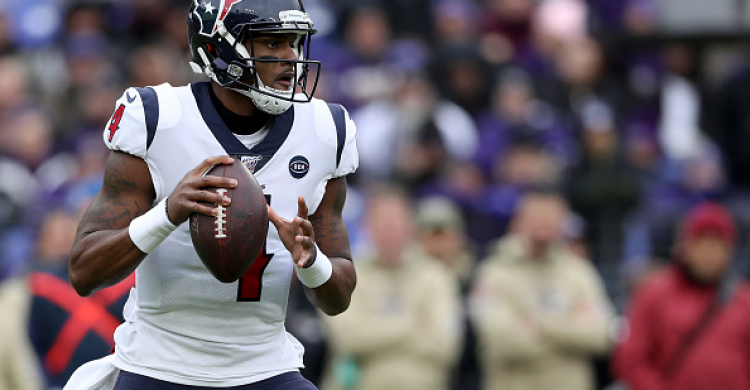 How did your Week 11 bets hold up? Here at Wager Alarm, last Thursday night’s game between the Steelers and Browns was about even for us as we hit the under (41.5 total) but missed on the Steelers covering (+2.5). Win or lose, we’re back for another matchup on Thursday Night Football and it’s time to lay some money down before kickoff!

The Week 12 TNF matchup features an AFC South showdown between two squads looking to take over the division lead. The Indianapolis Colts (6-4) are coming off an impressive win last weekend, but are dealing with a ton of injuries on offense. Meanwhile, the Houston Texans (6-4) are hoping to bounce back from last week’s blowout loss to Baltimore.

The Texans enter as four-point home favorites and the current total sits at 45.5 points, according to Bovada Sportsbook in Las Vegas as of Wednesday evening.

It’s always a guessing game as to whether these Thursday night matchups end up high-scoring or slow-moving slugfests. Although this is a divisional game, we see both offenses having success tonight because of the slew of injuries for both teams on defense. The Texans have a very banged up secondary, which does not bode well for the potential return of TY Hilton. Losing J.J. Watt is a big absence in both the run D and pass rush for Houston. Meanwhile, the Colts are also dealing with injuries to their secondary and we could see some big passing numbers for Deshaun Watson, who has DeAndre Hopkins at his disposal along with Will Fuller possibly back and healthy.

It’s odd to see the Texans as four-point favorites tonight considering how each team has fared lately. Houston will try to bounce back after last week’s demoralizing 41-7 loss to Baltimore, and they are only a month removed from a seven-point loss to Indy on the road. Both teams look very different from that meeting with a bunch of key injuries on both sides, but we can’t rule out the Colts winning this one outright. Jacoby Brissett is healthy and he should have T.Y. Hilton at his disposal now after his three week absence. That addition should help the Colts’ offense adjust after losing Marlon Mack to a broken hand over the weekend. Plus, even though Mack is out, Indy still got 116 rushing yards from backup running back Jonathan Williams, thus proving that their ground game can still work because of their strong offensive line. The Colts could lose a close one (or win outright) but we’re taking the road team and the points here.

All signs are pointing towards T.Y. Hilton returning tonight, which could mean a big statistical day for the Colts’ No. 1 wideout. Hilton has missed the last three games with a calf injury and is listed as questionable, but he practiced in full on Wednesday and he said earlier this week he feels good to go. When Hilton plays in Houston, he’s always had big games with 46 catches for 1,018 yards in eight career games at NRG Stadium. The Texans may have trouble covering him tonight too, as they are dealing with a ton of injuries in the secondary with three defensive backs already ruled out and another two being game-time decisions.

In the first meeting between these teams, Ebron had his best game of the season with four catches for 70 yards and a touchdown. Although he’s been held mostly in check since that game, Ebron could breakout with another solid performance in this matchup. The Texans have already ruled out safeties Justin Reid and Mike Adams and their other safety, Tashuan Gibson, is playing hurt and is questionable with a back injury. This should open up the middle of the field for Jacoby Brisset to pepper his tight end to pick up big yardage plays. Plus, the potential return of T.Y. Hilton would force Houston to focus on him defensively which could put Ebron in one-on-one situations with a linebacker, a matchup he’ll win more often than not.

While Hyde has been very reliable heading Houston’s backfield this season, he could run into some trouble tonight against a tough Colts rush defense. Indianapolis has the league’s ninth-best rushing defense this season and they held Hyde to just 35 yards on 12 carries back in October. Nearly every game this year, the Colts have shut down opposing run games including Leonard Fournette and his 23 rushing yards last week. Instead, offenses have targeted Indy through the air because of their banged up and exploitable secondary. Look for the Texans to use a similar blueprint if Hyde doesn’t have success on the ground early on.