Dan Servodidio brings you his best bets for Week 13 of the College Football season. 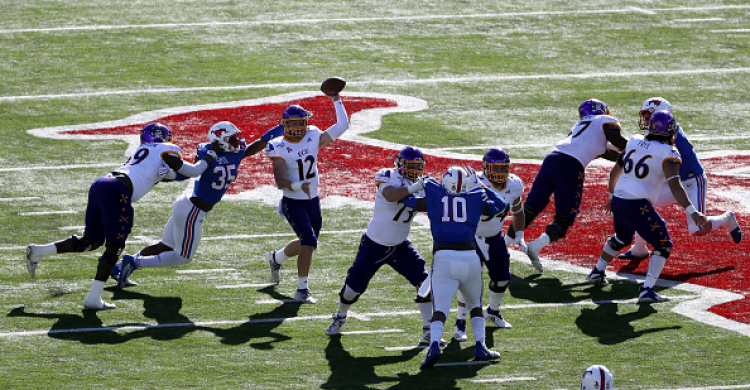 Don’t fret, college football fans, we’re back with our Best Bets ahead of Saturday’s Week 13 action with a ton of interesting games and lines to lay some money on! The season is in full swing now and we have a larger sample size of stats, spreads and games to base our bets off of as we head into another weekend of college action.

Although East Carolina’s 3-7 record doesn’t look pretty on paper, this offense has been clicking lately with 94 combined points scored over the last two games both losses to ranked teams in Cincinnati and SMU. Now they face a UConn defense that’s allowing 40.6 points and 438.7 yards per game this year. It’s hard to envision ECU not winning comfortably this weekend against a team that’s been blown out in each of the past two games. Connecticut lost by 46 to Navy two games ago, and then by 45 to Cincinnati last time out. East Carolina has the offensive firepower to score early and often and stretch the lead out to more than three scores before UConn can even grace the scoreboard.

Although Missouri is at home this week, it’s very odd to see the Tigers as outright favorites at all considering how these two teams have fared over the past month. Tennessee has gone 4-1 in its last five games with the lone loss coming to Alabama, which was expected. The Vols’ defense has gotten much, much better since the beginning of the season, and they could cause some trouble for this Mizzou offense. Missouri, meanwhile, have lost four straight entering this matchup, including a pair of embarrassing losses to Vanderbilt and Kentucky. Opposing SEC defenses have seemingly figured out dual-threat Missouri quarterback Kelly Bryant and the offense has become one-dimensional. Tennessee could very easily win this game straight up and we’ll take them as underdogs all day. As they say in the biz, this line stinks!

We all know how high-scoring the Oklahoma offense is this season, but their defense also has some glaring holes in it and this has allowed opposing teams to put up a fair share of points too. Over the last three games, the Sooners’ defense allowed 48 points to Kansas State, 41 to Iowa State and 31 last week to Baylor, that’s 40 points per game on average. Meanwhile, TCU has proven they can hang with high-scoring teams in the Big 12 after they scored 33 points vs. Texas Tech last week, 37 vs. Texas a few games ago and 51 vs. Kansas earlier in the season. Overall, the Horned Frogs are averaging 30.3 points per game in conference play. Plus, there’s the factor that Oklahoma home games tend to go over, and the over has gone 14-3-1 in home OU games since Lincoln Riley took over.

The Utes are on a mission right now to prove to the CFP rankings committee, and the rest of the country, that they’re worthy of serious consideration for a Playoff spot. Utah has won six straight and they’ve covered the spread in all six of those victories. They are coming off a 46-point win over UCLA last week and also beat Cal by 35 and Oregon State by 45 during this current win streak. Meanwhile, Arizona just got blown out by 28 points to Oregon last week, a comparable matchup to Utah. The Wildcats defense is allowing 37 points and 473 total yards per game this season, while the Utah D is one of the country’s best with just 11.3 points and 230.6 yards allowed per game.