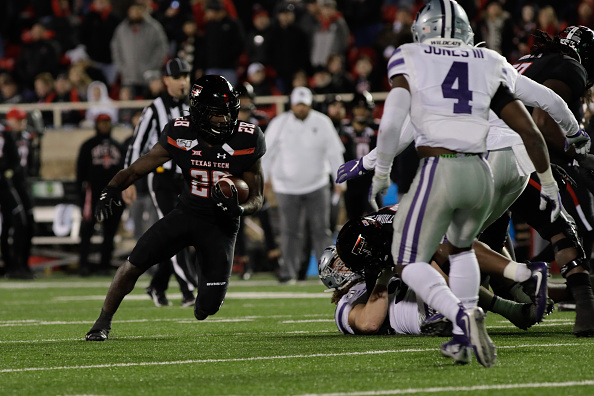 Dan Servodidio brings you his best bets for Week 14 of the College Football season.

College football rivalry week is finally here and all the action gets underway with a full Friday slate of games! What a better way to get over that Thanksgiving hangover than by sitting on the couch, watching some intense rivalry matchups, and laying some money on the games? So let’s jump right in and take a closer look at the teams, spreads, and lines we should be betting on today. All odds referenced here are taken from the Westgate Sportsbook in Las Vegas.

With how bad the Texas defense has been this year, the Longhorns shouldn’t be favored by ten in any Big 12 game, and certainly not in this matchup with in-state rival Texas Tech. Only one of Texas’ four conference wins have been by more than ten points, and it came against a bad West Virginia team by 11 in early October. Texas’ other three Big 12 wins came by six points (Oklahoma State), two points (Kansas), and three points (Kansas State). The Longhorns’ defense is allowing 435.7 total yards per game and their pass defense  that allows nearly 300 yards per outing is what can keep this one close. Texas Tech’s offense is more than capable of taking advantage of this matchup, and could actually win this one outright.

Iowa is undoubtedly a better team than Nebraska, but the Cornhuskers have more on the line in this game than the Hawkeyes, and it has us leaning towards the home dogs. Nebraska needs a win to be bowl eligible, and they just slammed Maryland on the road last week 54-7. Iowa, meanwhile, is already bowl-bound and they won’t much motivation to win big today, besides the rivalry bragging rights. Still, Iowa has not won by this current spread often this year, beating Iowa State by one, Purdue by six, Minnesota by four, and Illinois by nine just last week. Nebraska should put up a better fight than Illinois as they won that head-to-head on the road earlier this season, 42-38.

Ever since Cincinnati (10-1) got blown out 42-0 by Ohio State on the road early in the season, the Bearcats have won nine straight and have gone undefeated in conference play. Yes, Memphis (10-1) is a really good team but they aren’t 11 points better than Cincy, even at home today. Cincinnati’s defense is allowing just 19.1 points per game this year and they’ve yet to allow more than 17 points in the last three games. This is arguably the best game on Black Friday, and it should be a battle between teams with a lot on the line. The winner of this game will host the AAC Championship game (ironically against the loser of today), and will lock down the lone berth to be the Group of Five representative in the Cotton Bowl. Memphis may win this game, but Cincinnati will make them earn it and keep it close to the final whistle.

Bragging rights in the state of Washington are up for grabs in the Pac-12, and we have two teams with identical records in conference (3-5) and overall (6-5). The Cougars and Huskies are both already headed to bowl games, but the Apple Cup rivalry trophy is there for the taking and this one should be a back-and-forth battle on the offensive end. Washington State games are always a threat to be shootouts because the defense can’t stop anyone, and the offense scores a ton of points with an air-raid attack. The defense, though, is giving up 454 total yards and 31.5 points per game and they’ve given up at least 33 opposing points in six of their last eight games. The Washington offense should take advantage of this matchup and set the tone for a high-scoring game. Four of the last six Cougars games have gone way over this total, and we should see more of the same here. The Washington defense is also susceptible to giving up big games to opposing offenses as they are allowing 340 total yards per game and they were involved in shootouts with Arizona and Oregon just a few weeks ago.