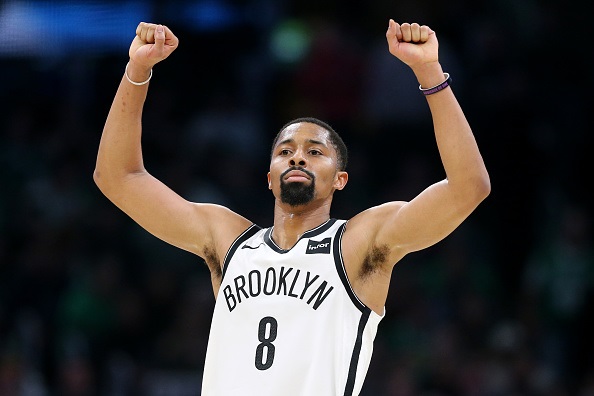 The Clippers and Rockets are two of the best offensive teams in the NBA this season and it should result in a high-scoring, back-and-forth contest between two of the best in the Western Conference. In terms of points per game, Houston is second in the league at 119.7 ppg and Los Angeles is fifth at 115.1 ppg - and in offensive rating, the Rockets are second and Clippers are seventh. Plus, both these teams play at fast tempos with Houston running at the 2nd-fastest pace and LA at the 6th-fastest. When these teams last played in November, there were 241 total points with the Clippers winning by just three. We should expect a similar game script tonight with both squads fighting for bragging rights and higher seeds in the conference. The first meeting between them was a low-scoring defensive battle, but these teams have been involved in higher-scoring games since with both offenses clicking.

The Spurs have been involved in a ton of overtime games with close results lately and the players may finally be experiencing tired legs - giving Brooklyn a solid chance at covering this spread on the road. Get this - San Antonio recently played four straight overtime games before Monday’s two-point loss to Houston. Plus, the Spurs have only won by two or less points in each of their past three wins. Meanwhile, Brooklyn is coming off a pair of impressive wins in its last two games with a 20-point win over Philadelphia and a seven-point road overtime victory over New Orleans. Overall, though, the Nets are a better team than San Antonio this season with a better record (15-12 compared to 10-16), higher net rating (0.3 compared to -3.4) and a better point differential (+0.2 compared to -3.6). The Nets could easily win this game outright but we’ll take them to cover the spread at least.

This line has moved a ton in Maryland’s direction over the past 24 hours after Seton Hall announced Tuesday that stud guard Myles Powell is out indefinitely with a concussion. Powell theoretically could be cleared to play tonight, but that’s pretty unlikely to happen considering the school itself made this announcement and the head injury he suffered on Saturday was pretty serious - limiting him to just 15 minutes before sitting out the rest of the way. Plus, Seton Hall’s big man Sandro Mamukelashvili is also out for the next 6-8 weeks with a fractured wrist. If both Powell and Mamukelashvili are sidelined, the Pirates should have no chance at winning outright and they’ll have a tough time keeping it close. Maryland forward Jalen Smith should dominate in the paint as a big mismatch - and it remains to be seen where Seton Hall will get their scoring with Powell out. After he left the last game vs. Rutgers, they ended up losing by 20 points and only put up 48 on the scoreboard. The Terps, meanwhile, will be looking to get back into the win column after they suffered their first defeat of the year against Penn State a week ago.

On a CBB slate without many marquee matchups, this game definitely takes the cake as the most watchable tonight between two teams off to strong starts and a 151.5 over/under. Both Auburn and NC State are very good offensively this year and they’ll be going back-and-forth on the scoreboard all night long. According to KenPom, the Wolfpack’s offense is the country’s 5th-best in efficiency and plays at the 80th-fastest tempo while the Tigers have the 18th-best offense and the 43rd-fastest tempo. Yes, Auburn has the better defense than NC State - but this matchup seems like it’ll be closer than Vegas is expecting. This will be Auburn’s toughest opponent yet this season and they are coming off a pair of close wins over Furman and Saint Louis over their last two games - winning by three and six points, respectively. Meanwhile, NC State’s two losses this year have been tight games as well with a one-point loss to Georgia Tech in the opener and a five-point loss to Memphis on Thanksgiving. The Wolfpack may not win on the road tonight, but take them to cover this spread by the final whistle.