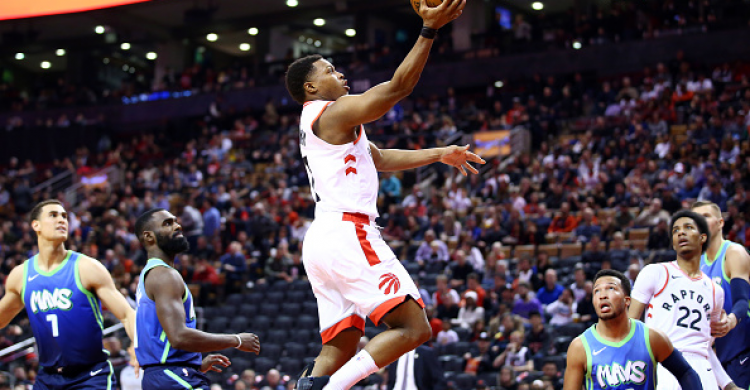 Tonight we have the rare instance of two teams in the same matchup playing their respective second legs of back-to-back’s, and tired legs on both sides should cause the under to hit. Plus, both teams had to travel over night as Toronto played at home last night, and Indiana played in Milwaukee. It would be one thing if these teams were more offensive-minded, but that’s the case. Both Indiana and Toronto are some of the best defensive teams in the league with the Raptors being third and the Pacers seventh in defensive rating this season. Expect this one to be a close-fought contest between two teams with similar records, strong defenses, and trying to battle through playing two games in two nights.

Both these teams are some of the worst in the NBA, but we’re taking the road dogs to cover the spread and potentially win outright. Although the Wizards have only won eight games this season, four of those have come on the road. Furthermore, the Knicks have not won at home in over a month. While both teams have terrible records, Washington is slightly better than New York in some advanced stats. For starters, the Wizards’ offense is the league’s fourth-best in offensive rating while playing at second-fastest tempo. Meanwhile, the Knicks have the third-worst net rating in the league (-9.3), in large part due to their third-worst offensive rating. These teams have yet to play this season, but this matchup could easily get away from New York if they can’t match Washington on the offensive end with the quick pace they like to play at.

While we’ve got NBA on the mind, why not continue the theme and bet on a college basketball team with a likely draft lottery pick as their headliner? Georgia boasts one of the more exciting players in college basketball in freshman Anthony Edwards, who is being mocked as a top three pick in next year’s draft. Tonight’s matchup should be a nice get-right game for the Bulldogs as they’ve had to endure a tough stretch recently against non-conference opponents. Georgia has played SMU, Arizona State, Georgia Tech, Dayton and Michigan State in five of their last seven games and this home tilt vs. lower-tiered Georgia Southern will be a welcome Christmas present before they get a week off. When the Dawgs have played below-average teams this season, they have won by nine or more points in every game. Meanwhile, Georgia Southern’s fast pace of play could end up being a detriment when facing a much more talented team that has Edwards being the best player on the court by far. Plus, Georgia’s dominant big man Rayshaun Hammonds should dominate in the paint and grab nearly every defensive rebound,  limiting the second chance points for Georgia Southern.

This in-state college basketball matchup is basically a pick’em at most sportsbooks, but we’re taking the road favorites to win comfortably. Fresno State’s 4-7 record is very telling and while some of those losses came against better competition (Saint Mary’s, Oregon, Utah State), they also took L’s to teams worse than San Francisco. Fresno has bad losses to San Diego, UNLV, California and, more glaring, Cal State Northridge, who are rated #252 in the country per KenPom. Meanwhile, San Francisco’s three losses are understandable, against Stanford, Arizona State and Hawaii (on the road). The Dons are always a tough matchup for slower-paced teams like Fresno State, though. San Fran plays at a quick tempo and are 30th in the country in offensive efficiency, per KenPom. They’ve been able to handle teams comfortably because of their good offense that plays fast, a nightmare for a slow-paced team like Fresno (whose tempo is 320th in the country).

Dan Servodidio offers up his best bets for today's NBA and NCAA Men's...