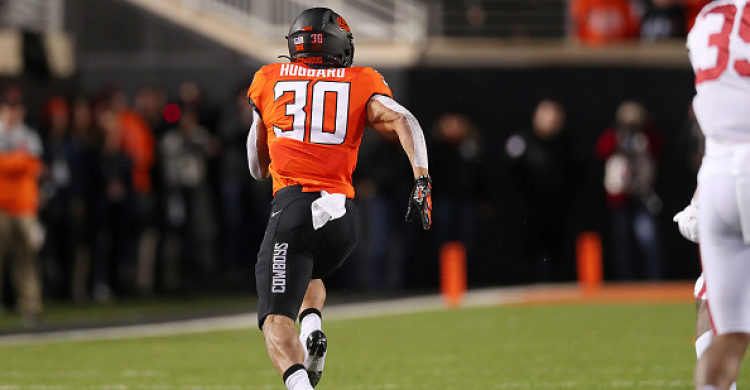 College football bowl season is in full swing and, thankfully, we have five more matchups on this Friday, Dec. 27th! It all gets started with the Military Bowl at 12 pm ET and concludes with the Cheez-It Bowl at 10:15 pm ET. All spreads referenced below are taken from Westgate Superbook as of last night. Let’s take a closer look at how we should be betting against the spread and the totals for today’s bowl game action!

While UNC comes in with the better feel-good story of Mack Brown looking for a bowl victory in his first season back coaching, this line seems way too disrespectful for how good Temple has been this year. The Owls (8-5) were the only team to beat Memphis this season, lost by just two points on the road to a ranked Cincinnati team, and held Georgia Tech to just two points back in September. Plus, the Temple offense is coming off a 49-point effort in the regular season finale. Meanwhile, North Carolina (6-6) is a young team with a freshman quarterback and needed two wins in the final two weeks just to become bowl eligible. Yes, they nearly pulled off upsets over Clemson and Appalachian State in September, but they also lost to Pitt, Virginia Tech and Virginia in three of the following five weeks afterwards. UNC could win this for Mack Brown, but giving Temple six points seems like a recipe for Covertown.

When this bowl game was first announced, it seemed like a pretty even matchup and likely should be a pick’em, yet Texas A&M (7-5) is clearly getting the SEC respect here with this spread and it’s resulted in some value for Oklahoma State (8-4) backers. The Cowboys’ offense should be close to full strength with starting dual-threat quarterback Spencer Sanders expected back after missing the regular season finale, and workhorse running back Chuba Hubbard playing with full rest possible his final collegiate game before heading off to the NFL. This offense is dangerous against anyone when they’re rolling behind Hubbard’s rushing prowess, and Sanders’ return should make them less one-dimensional. Plus, Texas A&M is 0-5 this season against teams with winning records and will be playing without its stud defensive lineman Justin Madubuike, who will sit out ahead of the NFL Draft. That is not a good start with how dangerous Hubbard can be on the ground. The Aggies could win, but take OK State to cover in the end, even in a virtual road game.

Like the matchup above, sometimes certain conferences automatically get more respect in bowl games because Vegas is trying to account for how the public perceives both teams’ level of competition during the season. This line is classic for a Big Ten squad being the presumed favorite over a Pac-12 team, but we should dig deeper into this one and give USC more cred. The Trojans (8-4) have a legit offense with a ton of NFL-caliber receiving talent for promising freshman quarterback Kedon Slovis to spread it around. Yes, the Iowa defense can be stifling at times, but Slovis put together an impressive rookie season after taking over as the starter midway. Plus, USC should have a ton of local fans making the trip to San Diego for this bowl game as there’s been more buzz around the team than in recent years’ disappointments. Iowa (9-3) may have a tough time keeping pace on the scoreboard in this game with how much USC can light it up on offense. The Trojans put up 93 total points over the final two games of the season, setting a high bar for a Hawkeyes offense that is lucky if they even reach 30 in one game.

Understandably, this total is the highest of today’s bowl game slate because it features a Washington State team that can score quickly and often on offense and has one of the worst defenses in the country. However, we’re banking on Air Force to keep this one lower-scoring than Vegas is projecting, simply because the total seems way too high for the types of games they play. While Washington State (6-6) has played in a ton of games this season that went over this total, Air Force (10-2) has been the opposite. The Falcons’ triple-option, run-heavy offense usually keeps the game at a slower pace for both teams and thus they have not played in a single game that included 69 total points this season. The Air Force offense will dominant the time-of-possession battle in this matchup, especially against WSU’s quick-paced, Air Raid offense that could easily go three-and-out and give the ball right back. Take the under and give a legit consideration to Air Force as 2.5-point favorites.