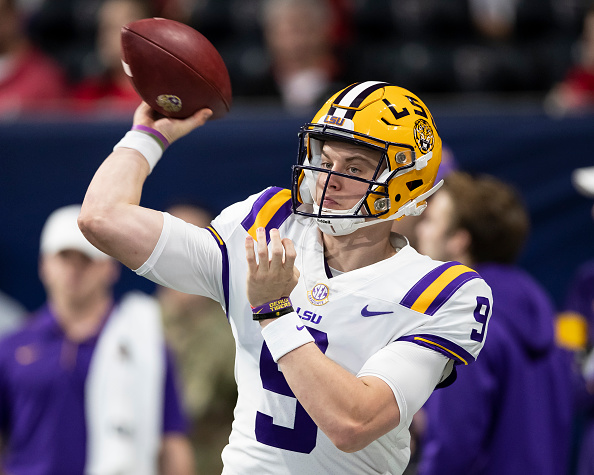 College football bowl season is in full swing and, thankfully, we have four more matchups on this Saturday, Dec. 28th! The headliners are the Playoff semifinal matchups of Oklahoma-LSU in the Peach Bowl (4 pm ET) and Ohio State-LSU in the Fiesta Bowl (8 pm ET). The day gets started, though, with the Cotton Bowl and Camping World Bowl at 12 pm ET. All spreads referenced below are taken from Westgate Superbook as of last night. Let’s take a closer look at how we should be betting against the spread and the totals for today’s bowl game action!

Casual college football fans may see Memphis’ 12-1 record and think it’s worth betting on them as 7-point underdogs to a 10-2 Penn State team. However, we must consider the level of competition for both schools and look deeper at which teams they played this season. For starters, a Group of Five program like Memphis automatically has an easier schedule than a team from the Big Ten like PSU. The Tigers played just one Power 5 team all year and it was an underperforming Ole Miss team that wound up 4-8 with only two wins over SEC opponents. Meanwhile, Penn State has had to play against a ton of nationally ranked programs in the Big Ten and their only two losses came against really good bowl teams on the road (at Ohio State and at Minnesota). Plus, Memphis will unfortunately be playing this game without its former head coach Mike Norvell, who will sit this one out before moving on to Florida State. The Memphis offense will now have to get by against a strong PSU defense despite their head coach and play-caller bailing on them. Take the Nittany Lions to win easy today.

Sometimes teams won’t come out for bowl games as motivated as others because they feel like they should be playing for the national championship or at least a better bowl. Some could say that about Notre Dame - who finished the year with a 10-2 record and if only they beat either Georgia or Michigan (their two losses), a Playoff berth would be a possibility. However, we can’t ignore that the Fighting Irish are flat-out a much better team than Iowa State (7-5) and ended the season on a high notes. Over the final four games, Notre Dame outscored opponents by an average of 29.3 points (vs. Duke, Navy, Stanford and Boston College). Meanwhile, Iowa State played against easier competition for much of the season in the Big 12 and lost their only non-conference matchup vs. a Power 5 team when they lost at home to Iowa.

The first of the two semifinals is certainly an interesting matchup. It features two high-scoring offenses with one side claiming the Heisman winner (LSU’s Joe Burrow) and the other boasting the most exciting dual-threat QB in the country (Oklahoma’s Jalen Hurts). The LSU offense, though, may be too much to handle against a Sooners’ defense that’s been forgiving all year - and now has to play without their suspended starting defensive end Ronnie Perkins. The Oklahoma offense should also be able to light up the scoreboard against a questionable LSU defense, but there’s really no denying how comfortably Burrow and Co. have been winning recently. Since they squeaked out a win over Alabama, the Tigers beat opponents by 21 points or more in each of the final four games - including a 27-point win over 4th-ranked Georgia in the SEC title game. That Georgia team was supposed to be a tougher matchup than Oklahoma because of their strong defense - and it was still a blowout win. Take LSU to win by at least two touchdowns in this one - something they’ve done in nearly every game this season.

In case head coach Dabo Swinney hasn’t told you personally, people think Clemson stinks this year and aren’t giving them the proper respect a reigning national champion deserves. Obviously, we’re joking but Swinney has the Tigers playing with an odd chip on their shoulder right now because they are the third seed in the Playoffs despite winning two titles in the past three years and having not lost a game in almost two years. Clemson deserves to be favorites in this matchup - and they honestly should be bigger ones. Ohio State’s dual-threat quarterback Justin Fields is dealing with a legit knee injury that kept him limited in the season’s final stretch. The offense has had to adjust with Fields being limited as a runner and it nearly cost them a spot in the CFP semis. OSU had to tough out a win over Penn State in November and they were just trailing by 14 at halftime to Wisconsin in the Big Ten title game. Teams can’t afford to play like that against a stalwart, championship-level program like Clemson and this one could end up being an easy win for the Tigers - especially if Fields’ knee bothers him enough to affect his or the offense’s performance.