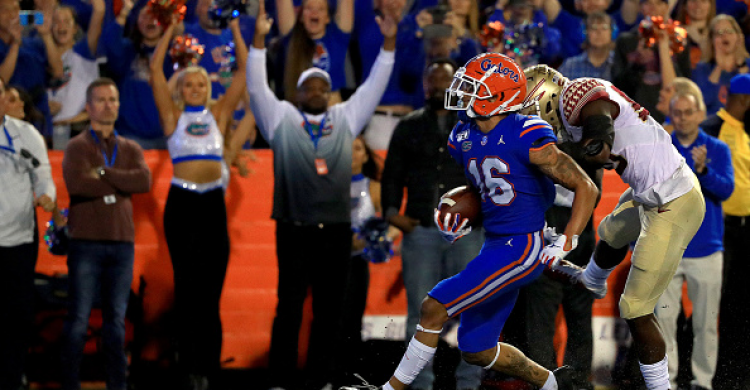 College football bowl season is in full swing and, thankfully, we have four more matchups on this Monday, December 30th! The headliner is an Orange Bowl matchup between two Top 25 teams in the nightcap, but the other three games are definitely worth betting on. All spreads referenced below are taken from Westgate Superbook as of last night. Let’s take a closer look at how we should be betting against the spread and the totals for today’s bowl game action!

There’s nothing like renewing old rivalries in bowl games! These two teams used to play frequently back in the day, 14 times from 1923 to ’47, but they haven’t met in over 70 years since. No matter what time period they’re playing on today, though, we like Western Kentucky to win comfortable. WKU started the year out poorly with losses to an FCS opponent in Week 1 and another L to Louisville in Week 3, but then they got right. The Hilltoppers finished the year 7-2 with impressive wins over Arkansas and Army. Western Michigan, meanwhile, lost their two games against Power 5 teams by big margins (Michigan State and Syracuse) and the defense is struggling. Take the Toppers to cover as the slight favorites.

This line is the classic Vegas giving the SEC team the benefit of the doubt in a matchup against an ACC team. Still, though, Mississippi State has underwhelmed all year, while Louisville has been strong against good programs. Mississippi State beat just one SEC opponent with a winning record this season, and lost its only non-conference matchup against a Power 5 program (Kansas State). Meanwhile, Louisville has the young playmakers that will all virtually be back for next year, and will look to win this bowl game to build into 2020. The Bulldogs’ defense is very weak and the Cardinals have the playmakers on offense to take advantage here. Look for Louisville to at last cover this spread and possibly win outright if you can find a solid money-line bet.

Cal got off to a hot start to the season with a 4-0 record and wins over Washington and Ole Miss over the first four weeks. Then the team lost four straight and looked like a pretender. Still, quarterback Chase Garber’s return from injury helped them to a winning record in the end as they beat Stanford and UCLA on the road in the final two weeks. Garbers’ return to the offense is the big difference-maker for the Golden Bears as it took some pressure off running back Christopher Brown to be a workhorse. Garbers and the Cal passing game have a favorable matchup against an Illinois defense that’s allowing 401 total yards per game this year. Meanwhile, Illinois’ season highlight was an upset win over an underperforming Michigan State team to become bowl eligible, but the Illini lost their final two games of the season to end the year on a sour note. The Cal defense got worse as the season went on but they have the talent to handedly beat Illinois in this matchup.

Virginia got its marquee win of the season (and the decade) when they beat rival Virginia Tech in the regular season finale. That win earned them a trip to the ACC title game where Clemson promptly handed the Cavs a 45-point loss. The only reason Virginia is playing in the Orange Bowl as the ACC representative is because they were essentially the best team available from the conference with Clemson going to the Playoffs. Florida, though, is in a completely different class after going 10-2 this season with their only losses coming against LSU and Georgia, the two programs that just played in the SEC title game. The Gators’ defense is very comparable to Clemson’s and they should be able to handle Virginia’s dual-threat quarterback Bryce Perkins just enough. Maybe this won’t be a 45-point win like Clemson, but it will certainly be a comfortable one and Virginia is probably just happy to be in the Orange Bowl after a successful regular season. Plus, Florida is basically playing in their own backyard for this Miami, FL contest.