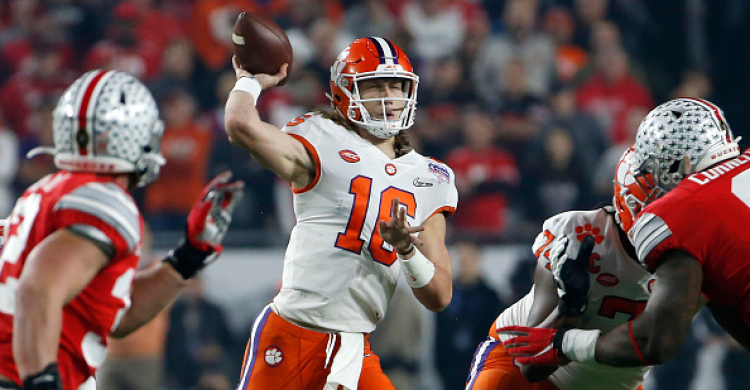 Happy New Year! We have four more college football games on the schedule over the next couple weeks before we put the 2019-20 season in the rearview mirror. There are three more lower-tier bowl matchups between smaller schools before we get the CFP National Championship on Jan. 13th. All spreads referenced below are taken from Westgate Superbook as of Thursday, January 2. Let’s take a closer look at how we should be betting against the spread and the totals for today’s bowls!

Although Ohio finished the season at 6-6, the Bobcats are a much better team than their .500 record indicates. Ohio won their final two regular season games in dominating fashion to become bowl-eligible, outscoring Bowling Green and Akron by 118-27. Plus, all six of their losses this year came by a combined total of 41 points. Meanwhile, Nevada is reeling right now after they lost in overtime to rival UNLV in the regular season finale, and a postgame brawl after that loss will leave them without a bunch of key names on defense. The Wildcats have four defensive starters suspended for this one and will also have to deal with a ton of coaching changes on that side of the ball as their defensive coordinator, secondary coach, and safeties coach were all let go after the season. This defense is very much in flux and it’s not a good situation having to face Ohio’s solid offense, led by senior quarterback Nathan Rourke who will be looking to put another good game on tape as he hopes for an NFL career. Ohio should win this one easily and cover as eight point favorites.

This bowl matchup features two teams who will be renewing an old rivalry. Southern Miss and Tulane used to play regularly in the Battle of the Bell, a series that dates back to 1979 but has been dormant since 2010. Although Tulane is favored by a touchdown in this game, Southern Miss actually has the lead overall (23-7) and has won the past five meetings. Expect both teams to be amped for this rivalry rematch and it’s why Tulane as seven point favorites seems a little too big. These teams are pretty evenly matched on both sides of the ball and we should see a close, hard-fought game on the field. Both defenses are below-average, but Tulane and Southern Miss both have playmakers on offense that will make a difference.

The final bowl game of the year features Louisiana-Lafayette as two-touchdown favorites, and rightfully so as they are the much better team. The Ragin’ Cajuns boast one of the best offenses in the country, averaging 38.8 points and 491 total yards per game, both marks are top ten in college football this year. They’ve mostly dominated in the Sun Belt Conference this past season and their only three losses came against an SEC opponent in the opener (Mississippi State), and a nationally ranked team (Appalachian State twice). Meanwhile, Miami (OH) just won the MAC title game, but their offense averaged just 24.7 points and 293 total yards per game this season. They are no match against ULL’s high-powered offense and will have trouble matching them on the scoreboard. Even though the spread is massive in the Cajuns’ favor, take them to cover.

The college football season all comes down to Clemson and LSU battling it out for the National Championship. While LSU is the deserved favorite in this matchup, we can’t ignore Clemson as the underdogs to at least cover this spread and possibly win outright. Clemson has won two of the last three national titles and just came back to beat Ohio State in the semifinal behind the arm (and legs) of Trevor Lawrence. LSU, meanwhile, has a high-scoring offense with Heisman winner Joe Burrow, but they have a defense that can be attacked against formidable offenses. That’s definitely Clemson as Lawrence and Co. are a balanced unit who should keep this one close and not let it get away from them like Oklahoma just did in their own semifinal vs. LSU. The hometown Tigers could definitely win this one, but expect the game to be decided in the final possession or two and a field goal for either side could end up being the deciding factor.

Dan Servodidio gives you his best bets for the college football bowl...