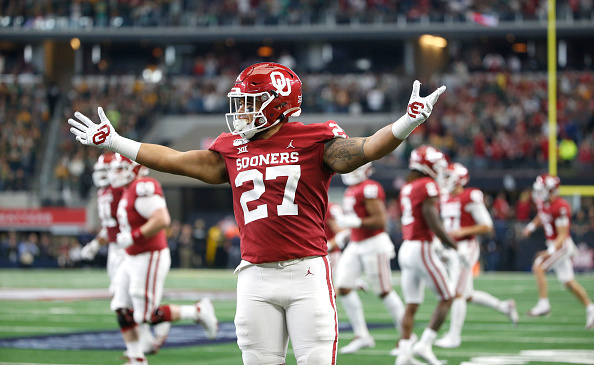 We’re now into Week 6 of the college football calendar and the action keeps getting better with plenty of movement among the Top 25 in this young season. Last week, we went 2-2 with our best bets and the record now stands at 5-3 through two weeks of articles. Let’s jump right back in for another exciting slate of CFB games this weekend!

*Note that our picks are based on betting odds taken from DraftKings Sportsbook at the time of this writing.

Ah, the Red River Rivalry is back and we’ll gladly take the over here with plenty of points incoming. Both Texas and Oklahoma are coming off upset losses that seriously hurt their chances of reaching the College Football Playoff. If either wants to re-enter that conversation, this is a must-win for both programs and we’ll see a back-and-forth offensive shootout.

Both defenses are terrible and tackling has looked pretty optional through the first few games.

On the flip side, both offenses can score with the best of them. Texas is averaging 51 points per game on offense while Oklahoma is scoring 37.7 points per game in its own right. Meanwhile, the Longhorns are giving up 30.7 PPG on defense and the Sooners are allowing 25 PPG. This one will feature plenty of scoring and we could see 80+ total points by the final whistle.

Here we have the classic case of late-week line movement with the sharp money showing us which way to bet.  Duke was a -3 favorite at open and that spread has now been bet so far in Syracuse’s favor that the Orange is now the slight favorites.

These are two average football teams, but ‘Cuse is miles ahead of its conference foe right now.

Duke is 0-4 to start the season and they’ve lost by at least seven points in each outing - including a 20-point loss to Boston College and 18-point loss to Virginia in back-to-back weeks.

Meanwhile, Syracuse is 1-2 and coming off an impressive 37-20 home win over Georgia Tech. This team is much better at home and they had a bye week to prepare for Duke - who look like the bottom-feeders of the ACC. Follow the money and take the now-favorite Orange at home.

This matchup is one of the most-anticipated of the weekend as college football fans across the country are anxious to see how legit this Miami team is and if they can stack up against the top-tier. That’s just it, though. We all know how good Clemson is and the entire ACC has been a non-factor for them over the last few years as they cruise to Playoff appearances.

Something about this 14-point line stinks because of the Tigers’ past dominance.

The ‘Canes offense is better equipped to hang around and keep it close, but this Clemson D has the athleticism and talent to shut down Miami’s dual-threat QB D’Eriq King.

At home on national TV, Dabo Swinney and Co. will look to prove to everyone that Miami is not in their class - as much as Vegas is begging you to them as two-touchdown dogs.

As it goes for Mike Leach-coached teams, it’s been an up-and-down season for Mississippi State. They covered easily as three-score dogs to LSU in the opener (winning outright) and then failed to cover as decent favorites to Arkansas last week (losing outright). This is going to happen all season with Miss St’s Air Raid offense that can go quiet as quickly as they can score three times in a quarter. Now we have Leach and Co. as underdogs yet again against an underperforming, 0-2 Kentucky team.

The Wildcats are talented enough to bounce back here, but they don’t have the offensive system to match up with the Bulldogs. You have to be able to throw the ball efficiently and score quickly on offense to match the pass-happy, high-scoring Miss St attack - but that’s not what Kentucky does. They run the ball very well - but MSU’s run defense is one of the best in the country through the first couple weeks.

This looks like a bounce-back spot for the road dogs and we should take them to cover and probably win outright again.