Mark Taylor gives quick thoughts and picks on each of the five opening bowl games on Saturday, 12/15. 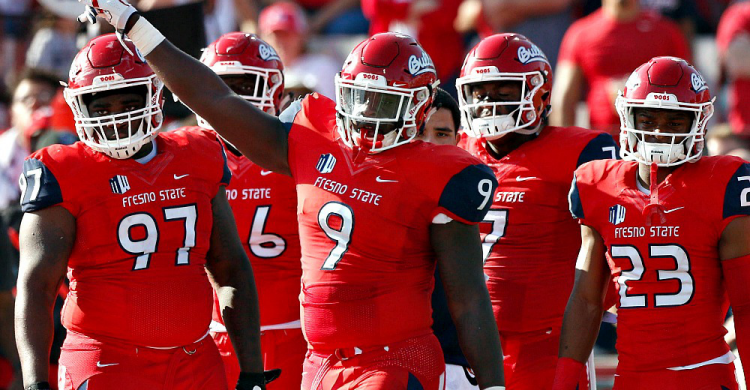 Here we are bowl season!  It's the most wonderful time of the year!  We can make what are essentially completely meaningless football competitions into a lot of fun and profitable ventures.  Be it pools, pick 'ems or straight up bookie beating - we are here for your wagering needs.  We'll start with the opening set of five bowl games and get us off to a good start for the rest of the slate...

Lines as of posting article.

We lean Tulane here. ULL or Louisiana or whatever they want to be called should be outmatched in this one. The Sun Belt runner-up Rajin' Cajuns are 7-6 on the season and held strong in the Championship game against a very good Appalachian State team. Tulane comes in a 6-6, fresh off of the firing of their offensive coordinator and having won four of their last five games. Willie Fritz and company are led by LSU transfer QB Justin McMillian and a couple of nice backs in Darius Bradwell and Corey Dauphine.  Even McMillian will get involved and run a few times.  That's going to be the key.  ULL doesn't do much on the defensive side of the ball and the Green Wave should come out, control the clock, run the ball and open up the big plays for Darnell Mooney and Terren Encalade down field.  The Cajun's have a solid offense of their own, keeping it close for a while and contributing to the high-scoring total.

This has all of the makings of a back-and-forth shootout. Matt Wells leaves the Aggies for Lubbock and Texas Tech but this team is solid up and down.  In my opinion, the touchdown and a hook is just too much to give to a solid North Texas squad. QB Mason Fine is as good as their is in the G5 and he has plenty of options in the passing game. Utah State's defense was good this year, but didn't play too many offensive-minded squads.  When they did, they allowed a few points (33 most recently to Boise State). So, UNT can score with them. Mean Green HC Seth Littrell is sticking around after being rumored for a couple of P5 head coaching vacancies.  The Aggies pull out a close one behind QB Jordan Love and a couple of dynamic RB's in Gerold Bright and Darwin Thompson.

Fresno State head coach Jeff Tedford is an offensive-minded coach, yet he possesses a smothering, top-10 defense. This line has continued to move Fresno's way due to some Sun Devils not playing, including their top offensive threat WR N'Keal Harry, who is leaving early for the NFL. Arizona State does have a good running back in Eno Benjamin and he's pushing 1,500 yards and 15 scores this year, however, he has been slowed by some of the better defenses they have faced. With no Harry, QB Manny Wilkins will need to make plays on his own and they really haven't seen the likes of this Fresno squad.  One more thing.  This is G5 vs. P5 and even though Fresno is favored, they are going to want to make a statement.  I see a blowout coming.

Both of these teams make their living on the ground. Georgia Southern is an option-based attack and Eastern Michigan, while not a traditional option squad, they certainly run the ball plenty.  On defense, EMU features a great secondary and can really limit opponents passing games.  As mentioned, they can't do much about a team that keeps the ball on the ground. That is going to be a problem.  Plus, GSU QB Shai Werts can get you with a play-action, step-back deep ball when the time is right. Expect this to be a slogged out game, with a couple of break out runs from Eagles' top back Wesley Fields and EMU's Ian Ericksen.  This sneaks over the total due to a couple of those big runs, but GA Southern pulls away for the cover.

MTSU QB Brent Stockstill is (finally) making his final start for his dad, Rick at Middle Tennessee.  The Raiders won a pivitol season finale against a really good UAB team to earn the right to host the C-USA title game right there in Murpheesboro the following week. Then, they collapsed and lost to the Blazers.  They get the Sun Belt Champion Mountaineers, who I have been all over all year.  This is one of those times that I just see a coaching change really hamper their ability to get up for this game. Scott Satterfield is headed to Louisville and he's bringing a lot of his staff with him. Sure, App State is more talented and should win this game regardless, however, I'll take the points and see MTSU sneaking one out here late.