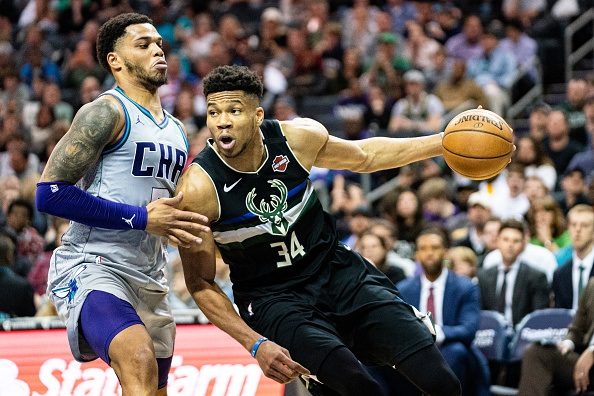 We have a seven-game slate in the NBA Monday night and we are getting to the time of the season where the injury news has to be monitored very closely leading up to game time. Kristaps Porzingis is out, Zach LaVine and Andre Drummond are doubtful, and Seth Curry and Aaron Gordon are questionable. Luka Doncic and Khris Middleton are probable. There likely will be some surprises.

Five games have lines of 6.5 or less and every game has a total of at least 221.

While Miami is 25-4 at home, the Bucks are 25-5 on the road. The Bucks are playing for the second straight day and weren't very impressive against a bad Hornets team yesterday, winning 93-85. The back-to-back games are sometimes looked at too much. The Bucks are 7-1 ATS on consecutive days and Khris Middleton, who sat yesterday, is probable. In the last five wins against playoff teams, the Bucks have won each by double-digits. This is a potential playoff matchup and the Bucks will be up for this one.

This seems like a spot where many will jump on the Magic. They're the hot team, while the Trail Blazers are struggling. The Magic have won five of six games and the Blazers have lost six of seven and still battling for the final playoff spot in the Western Conference. The Magic are 2-7 ATS in their last nine home games and could be without Aaron Gordon, who has been instrumental in their recent success. The Blazers cap a three-game road trip before playing a long stretch at home. The Blazers will keep it close.