Matt Selz studies the track, the drivers, the odds, and everything else to bring you the best bets for NASCAR's Pocono 400. 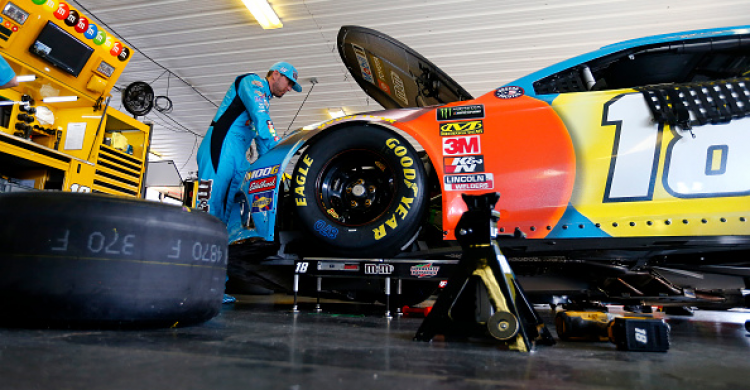 This week’s track is one of the more unique on the Cup schedule with one of the best nicknames as well. The Tricky Triangle, aka Pocono Raceway, beckons this weekend with its 2.5-mile laps and its three turns and long straightaways. The triangular shape makes it unique but so does the fact that each turn is different in its banking and how the drivers must traverse it. If you want a full description of the track check out the NASCAR content at Fantasy Alarm.

We’re coming off a good week at the Coca-Cola 600 in which Martin Truex Jr. won as one of my favorites heading into the race, so let’s try and keep that hot start going this week, shall we?

Busch was a favorite pick of mine last week as well and he finished P3 by race’s end and now this week he’s shown just as good of speed in the 18-car. Starting second is the highest he’s started a race this year and at this track starting up front is key as 59-percent of winners have started in the top-five starting spots. Busch has won twice here in the last four races while leading 240 laps and this season he’s finished third or better in three of the five races to use this package.

Truex is the winner from last week yet still doesn’t get respect from the oddsmakers? That’s fine we’ll take it. He’s won three of the last five races this season and he’s won two of the last four June races at Pocono and locking down four top-10s in the last five. The 19-car ran much faster in practice than where they qualified, 20th, so he will have work to do this week, but he also started outside the top-10 last week and won in this same package.

Keselowski has been the most consistent driver at Pocono over the last five years. In the last five June races here he has four top-fives including three-straight and five in the last six races overall at the Triangle. He did lead laps in this race last year before ultimately finishing fifth. Keselowski has looked good in this package this year with a win at Kansas a few weeks ago and three top-fives in five races with it coming into this weekend. The 2-car will start P5 putting him in the 59-percent of winners starting spots and he had the second-fastest car in short and long-run speed all weekend making these odds look even tastier.

Busch has four top-fives in the last five June races at Pocono including a win in this race in 2016 and has finished in the top-10 in four of the last six races overall here. This package has been good for the driver of the 1-car this year with four top-10s in the five races (excluding Talladega) that have used it. The elder Busch brother will roll off in 21st but did show the fastest car in short run speed at final practice and just outside the top-10 in long run speed. If things go his way he should be contending once again late in the race.

Blaney got his first Cup series win at Pocono at this race in 2017 and has finished inside the top-10 in his three June Cup races at the Triangle. Things haven’t exactly gone well for him of late with just three top-15 finishes in the last five races in 2019 and one top-10 in this package, however, they seemed to have figured something out this weekend at practice with top-five speeds all over the chart. Blaney will start 17th but his history here suggests another top-10 should be in the making and a good pit stop or two could up that to contending for a second win at the Tricky Triangle.

Byron is on the pole for the third time this year but this time it was by .3 seconds, which is an enormous gap over second, even on a long track like this. Ever since the midway point of the first practice, Byron has been in the top-10 in speed for short and long run and with the pole position and a car that absolutely takes off on the first lap, he could be in a great spot this weekend to notch his first career win, which Pocono has seen four first time Cup winners at. The 30/1 payout is even tastier when you consider that 16 drivers have won from the pole in 82 races with the most recent happening in 2017.

In four of the last five June races here, Stenhouse has finished in the top-15 and moved up an average of 11 spots in the field in each race to accomplish that. This year he has a 10.4 average finish in the races with the package on the cars and has said that he loves the package as it fits his aggressive driving style and ability to draft off other cars. Stenhouse will start 18th but did show top-five speed in final practice and he has led 27 laps over the last five races this season as well indicating he can run up front. Clearly, there’s a reason he’s a long shot but if everything breaks his way that’s a great payout for a guy with a history of good performances in this package and on this track.

Buescher is on this list because there is a weather concern for today’s race. That sounds odd to say, but his win here, in July of 2016, came when pit strategy got him the win after the race was called because of a fog bank on the track. He didn’t pit when others did, giving him the lead and two caution laps later, NASCAR called the race. Buescher does also have two top-10s in the last five races this season and has been pretty solid with this package in the car. He does start well back in the field at 24th and didn’t show overwhelming speed but if the weather strategy for 2016 comes into play, these odds are a big-time pay waiting to happen.