Matt Selz studies the track, the drivers, the odds, and everything else to bring you the best bets for NASCAR's Gander RV 400. 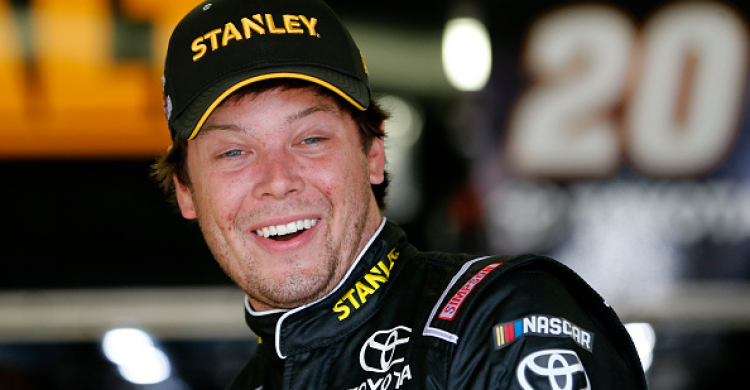 Don’t be surprised by the race name this week as it’s the second time this year that a race has been the Gander RV 400, the last one being at Dover. This week it’s back to the Tricky Triangle of Pocono Raceway and it’s long straightaways and confounding turns. The trick to being good at the Tricky Triangle is to have a car as balanced as possible for the three different corners the drivers encounter on a lap and having a car that’s good over the long-run here. Sure it sounds easy, but if it was, anyone could win here.

The pole-sitter has won 16 times at Pocono and 59-percent of winners have come from the top-five starting spots in the grid at this track. The last pole winner was in 2017 for the only time it’s happened since stages were introduced.

Scheduled distance for the race is 400 miles or 160 laps around the 2.5-mile layout with stages of 50-50-60 laps. The green flag fuel range for the cars is 31-34 laps so expect pit strategy to play a big role today in shuffling the running order on track and restarts will be hectic as the front stretch is six lanes wide before heading into the two-groove turn 1.

Kyle Busch (9/4) – How can you not like getting this good of odds for a guy who’s won three of the last four Pocono races? This week he had a top-five car all practice long and will start a little further back than that in the grid. It doesn’t really matter where Busch starts of late as he’s been running up front basically all season and now has a track that he’s thoroughly dominated at the last two years with the three wins and 316 laps led out of 640 run. He also won this race in June for good measure.

Kevin Harvick (13/4) – Harvick is on the pole for the first official time at Pocono out of 38 races he’s run here, the first time was taken away due to a failed tech inspection. The pole-sitter, as mentioned above, has been the winningest spot at the triangle but that would mark a first-time win for Harvick here. He did run well here in June before a pit road issue dropped him back in the pack and he is coming off his first win of the season last weekend. At this return, it’s worth a shot on a guy who ran .2 seconds faster than the driver that qualified second, Joey Logano. If he can keep that speed, it could be a long day for the rest of the field.

Martin Truex Jr. (6/1) – Truex has two wins to his credit at another one of his home tracks, having grown up in southern Jersey. He also was running well in June before an unexpected engine blow-up ended his day early and gave him just his second DNF in 27 races at the track. The 19-car hasn’t been nearly as dominant since that incident but has once again returned to showing top-five speed in practice this week. He will start P8 on Sunday and from there can certainly get up and win the race if he can avoid another engine failure, which are rare in the first place.

Denny Hamlin (19/2) – Hamlin is a four-time winner here, but all of those came before they repaved the track several years ago and since then he’s had some trouble figuring it out again. However, in the last five July races, he has four top-10s and has six top-10s in the last 10 races here overall. That paired with a second-place finish last week at New Hampshire and the top-five speed he showed at practice has me enjoying these odds for Hamlin this week. He qualified P12 but moved up a few spots due to others failing inspection making the odds even better.

Erik Jones (12/1) – Jones has been very much at home at this track, despite it not being anywhere close to a home track for him having grown up in Michigan. In five races here in his career, he’s finished P3 three times and finished in the top-10 four times. He finished third here in June this year and has been very good of late with three top-10s in the last four races run in this package. He will start P4 on Sunday and ran about there in practice as well, Jones needs to make a playoff push and this track is the best place for that to start for the 20-car team.

Kurt Busch (22/1) – Busch has a win here, back in 2016’s June affair, and has three top-fives and five top-10s in the last 10 races. He’s been quite consistent in the 1-car this year with an average finish of 10.1 in the nine races in this package outside of Daytona and Talladega and has shown top-10 speed in practice this week. He’s going to need some pit strategy for things to work out with him on top, but hey we’ve seen him do that before just a couple of weeks ago at Kentucky where he won.

Daniel Suarez (45/1) – Suarez has an average finish of 4.5 in two Cup July races here including finishing second in this race last year after starting on the pole. He had the fastest car in practice one and qualified 10th for Sunday’s race. He has said he will be aggressive the next few weeks to make the playoffs and with this being a track that’s been good for him before, it’s a good place to start and these odds are hard to turn down.

Matt DiBenedetto (66/1) – DiBenedetto has been on quite a run this summer with his first two top-five finishes in his career, including last week with a top-five after starting seventh. This week he showed up to the track with similar speed and ran inside the top-10 all practice long before qualifying P13 for the race. The 95-team is finally starting to click and with how strong Toyotas have been of late it shouldn’t be a shock that the single-car team with an alliance to JGR is part of the heater. At 66-1 who can turn down putting a small wager on Matty D to get his first career Cup win this weekend.

Ryan Newman (125-1) – Newman has been hustling the 6-car around the track most of the last few weeks and the results are showing as he has the best average finish in the last three races of anyone in the field a 7.0. He also has a few top-10s to his credit here in the last five races as well. He will start P24 this week, but in the last few weeks that hasn’t been a problem as he’s started around that area and still averaged a top-10 finish each time. To be sure, things will have to break in his favor to be in victory lane here, but he has won at the track before, way back in 2003, and if he catches those breaks, then so do you in the odds category.

Daniel Hemric (300-1) – Hemric finished 13th here in the June race, his lone Cup race at the track, and now has shown up with top-15 speed in practice this week. He will start P22 for the race but he did start near that far back in June as well. There is also some sentimental reasons behind including him this week as a former Crew Chief of his, Nick Harrison, passed away suddenly this week and his name is over the door of the 8-car for the Pocono race. Why not make a small wager at these odds that the rookie can get his first Cup win ever this weekend?