Rob Trayah is here to bring you his Best Prop Bets for Week 2 of the NFL season! 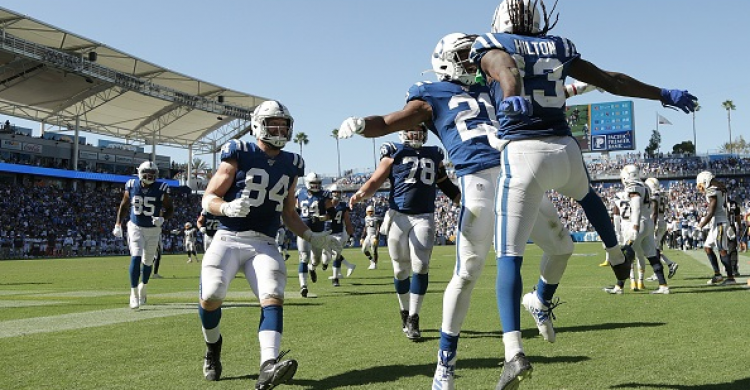 Another NFL season is off and running and a get back game with the Patriots big cover over the Steelers, we went 1-2 on the week with the Rams beating the Panthers and the Seahawks failing to cover at home against the Bengals. Injuries have already started to rack up and there are plenty of Week 1 overreactions in play where we see New England at almost three full touchdown favorites, as an example.

Some divisional games continue this week and we will take a look at one of them, while the Steelers look to rebound after their big loss.

Gladly take the hook here with the away team as the Colts go on the road for a second straight week after an overtime loss in Los Angeles. Jacoby Brissett held himself in good regard with Marlon Mack going nuts in the running game with 174 yards and a touchdown on 25 carries. The Colts’ offensive line continues to improve and only allowed two sacks to the vaunted Chargers’ D (Ingram and Bosa). The Titans pulled off a big stunner, heading into Cleveland and handling the Browns. There’s one thing here though: Cleveland still is the Browns and that won’t change until it changes. Marcus Mariota threw for 248 yards on 14-of-24 passes, but if you take out his two biggest plays, the numbers aren’t as impressive: 12-for-22 for 122 yards. A screen pass and three picks helped the offense, but the Colts should be more equipped than their division foe.

The Bills came from behind and defeated the New York Jets in week 1 while the Giants went to Dallas and were not competitive. Buffalo’s defense is first class and limited the Jets to 68 rushing yards on 21 carries. With Saquon Barkley the only thing keeping Giants’ fans alive, expect Buffalo to be fully keyed in on the second-year man out of Penn State. Eli Manning looks more and more lifeless and threw for 300+ yards in the first week somehow. Expect Buffalo to control clock with their running game and hopefully using their rookie Devin Singletary to rule the clock game. Of Buffalo’s last eight road games dating back to last year, the under is 7-1 and Sunday should be no different.

The Steelers were throttled in week 1 by the Patriots to the surprise really of nobody. Losing by 30 is never the Pittsburgh way, but it seems like it’s been a one-sided affair between those two teams. The Seahawks struggled against the lowly Bengals at home, with a 21-20 win and no passing attack. The stats don’t lie when it comes to Big Ben off a bad week with multiple touchdowns in three straight games with a pick and no touchdowns. The Seahawks travel to the East coast with Pete Carroll who struggles on the road: The Seahawks are 1-8 SU and 0-8-1 ATS in their last nine games on the road in September.I think folks will look at the Seahawks and see the struggles of the Steelers and lean on the road dog. Go with the home favorite and watch the real Pittsburgh team come alive.