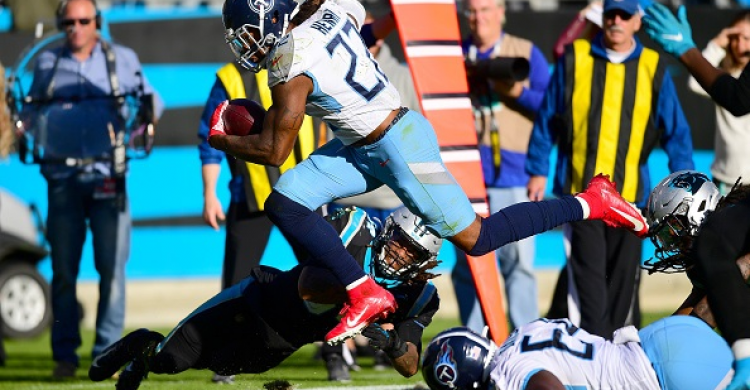 The props are out for Week 10 and there’s some better angles than the games out there this week. Another two quarterbacks go down with Jacoby Brissett and Matthew Stafford sitting out the week with injuries meaning we get the Brian Hoyer experience alongside the Jeff Drisket effect.

Le’Veon Bell got going late and got us a win, our only one after Darren Waller was targeted just twice for 52 yards and Mason Rudolph’s in ability to complete passes down the field hurt our under on completions. Nonetheless, we’re back this week with some plays. Let’s dig in before another Sunday of action starts.

The Titans return home to face Patrick Mahomes in his return to action. Tennessee has shown an ability to do offense! That comes from Ryan Tannehill and his ability to actually throw the ball. That means defenses have to get ready for both the rushing and passing attack and Derrick a Henry won’t be facing stacked boxes.

Henry has gone over this total in all four of his home games this season and no gets that vaunted Chiefs rushing attack. Even after weeks of improvement, KC still ranks 28th in yards per rushing attempt and have a better record on the road at 5.1 yards per attempt. To keep KC off the field, Tennessee is going to need to run the ball so Henry should get plenty of attempts. Over, over, over!

We had this number earlier in the season against the Giants and we’re returning to the well. The Bucs have a horrid secondary, but don’t give up rushing yards to the Quarterback position. They give up on average of 8.5 yards a game rushing to QB, including 1 for 21 from Russell Wilson last week.

Murray has gone under this number 3-of-4 games on the road and will be attacking Tampa via the air.

With the win Sunday night, this a complete let down game coming for the Ravens, but expect John Harbaugh to push the running game early and often. Cindy is third in the NFL for completions allowed per game, but that’s only because their run defense is atrocious. Jackson won’t need to throw often here to get a win so expect his volume to be low as we lean the under.

Both of these teams are surprisingly good as red zone defenses and awful as red zone offenses, even worse with home/away splits. The Cards are around 45% scoring TDs while just 14% on the road and allowing 59% of the time, 46% on the road. The Bucs allow at 42% at home while scoring at just 22%. Plus money here and pray for no big plays.