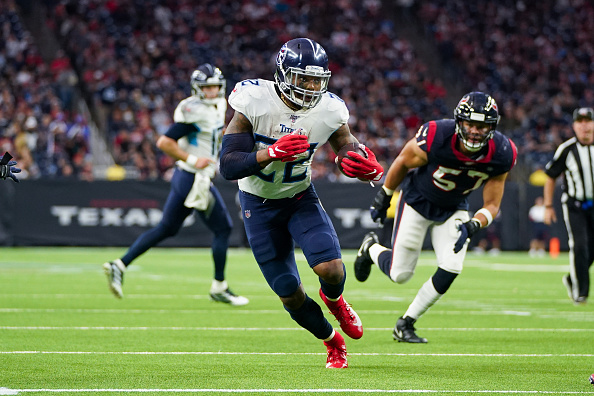 Another nice 2-1 week with Philip Rivers going nuts in his final game of the season while Davante and Zeke did their jobs to get wins and hit their props. I’ll have a final write-up of the season with the bad beats and best wins of the year, but we’ve got playoff football to get to here.

Four games this weekend, conference divided, so we’ve got limited options for players, but not in terms of props. With less games, the props start come flying, but will never match the Super Bowl, of course. Let’s take a look at the games and enjoy playoff football as the 2019/20 season starts to come to a close.

The Bills are going to have to throw the ball at some point in this game even though J.J. Watt will be back, in some limited form, and Allen as the arm and legs to make a play that gets over this number. This season he has nine plays over this number, five happening the last two months of the season. John Brown has four of those long plays, and Dawson Knox has two as well. The Texans are 21st against tight ends, allowing almost 56 yards to tight ends.

The Texans defense has given up 12 plays over 40 yards, seventh worst in the NFL and 58 plays 20+ yards, eighth worse. They have given up plays over 35 yards eight times in November and December with a secondary that is lackluster. Allen is going to take shots, and he has the talent to make a play happen.

For the first time all year, I’m double-dipping on a game. With the Texans inability to stop the pass, limited pass-rush and Bills ability to pass block, Singletary should be a target to take pressure off Josh Allen early. The Texans are second worst in the NFL in receiving yards allowed to RB’s at almost 56 yards per game.

Devin has taken over a high majority of the snap from Frank Gore, making week 16 his season high with 96% of the snaps. Gore is pretty much a run-only option at this point, meaning Singletary seeing time could go either way. Even if this comes in garbage time, you take the wins when you get them.

Henry overtook Nick Chubb in week 17 to win the rushing title with a 211-yard performance against the Texans. He finished the season with 100+ yard games in five of six games, a run against bad rushing defenses which included the Texans twice, the Jaguars and the Chiefs. If the Titans get behind, Henry won’t see the touches needed to get to this total because…

They allowed just one back at home this year to get over this total and that was Nick Chubb in week 8. The past two weeks at home, they allowed 85 yards total on 31 carries, while allowing 57 yards to the Chiefs in total beforehand. If the game gets out of hand, Tannehill is going to have to throw and Henry will not the action needed to get over this number as Belichick’s main theory is taking away your best option away, which is the NFL’s rush leader.

Over 8.5 Receptions - Michael Thomas vs. Vikings

Not a lot going into this, but Thomas is 8-for-8 at home this season going over this number. He’s lowest reception total was nine in week 4 and if the Saints are ever trailing, he might see infinity. As mentioned in the bets article, Thomas has an 80.5% catch rate this season while Xavier Rhodes has a catch rate allowed of 84.3%. Brees might look at #13 all day and nobody else.