Dan Servodidio brings you his best bets for the first game of the NFL season, featuring the Bears and the Packers. 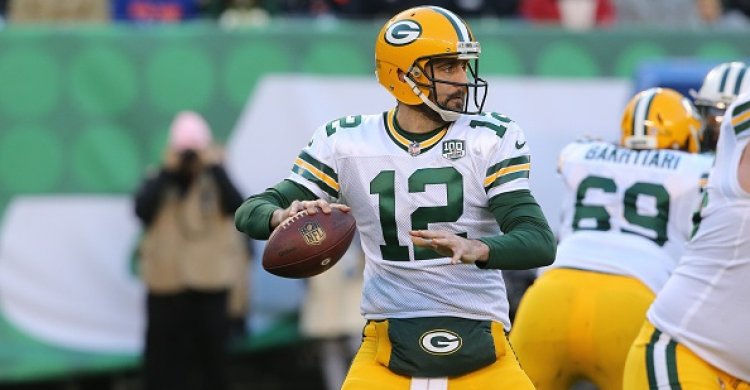 The NFL season is finally here!! The Chicago Bears play host to the Green Bay Packers on Thursday night to kick off the 2019 season from Soldier Field in Chicago. As we’ll do with all the Thursday Night Football games throughout the year, it’s time to break down this matchup from the sports betting perspective!

The Bears opened as 4-point favorites in most sportsbooks but the spread has since fallen to Chicago -3 with the majority of public money coming in on Green Bay, according to the Westgate Superbook in Las Vegas. The current over/under now stands at 46.5 heading into this 8:20 pm ET kickoff on Thursday, September 5th.

In case you missed what the Packers and Bears did over the offseason, here’s a quick refresher. Green Bay parted ways with longtime head coach Mike McCarthy and replaced him with Matt LaFleur. The offensive personnel is pretty much the same from last year, but they do have a couple new faces on defense with safety Adrian Amos, linebacker Za’Darius Smith and rookies Rashan Gary and Darnell Savage coming in while Clay Matthews, HaHa Clinton-Dix and Mike Daniels depart.

For the Bears, meanwhile, they made a big change at the running back position by trading away Jordan Howard and drafting David Montgomery in the third round. The rest of Chicago’s offense is mostly unchanged from last season, though. On defense, however, the Bears lost defensive coordinator Vic Fangio to the Broncos and bring in Clinton-Dix and Buster Skrine to solidify the secondary.

The fact that Vegas expects this game to be decided by a field goal is already a good sign for the over to hit if we get a back-and-forth contest that potentially stretches into overtime. However, there are other reasons for optimism that we get a high-scoring game to kick off the season. First off, the Packers offense should be a lot better than last season under new head coach Matt LaFleur. It became clear that Mike McCarthy’s offensive scheme became stale a year ago and LaFleur should bring a fresh look to the Green Bay offense. Aaron Rodgers is fully healthy now and he should also benefit from LaFleur’s new offense.

What’s particularly appealing, though, is that the Packers will face a Chicago defense that should that should take a step back without Vic Fangio calling plays. The now-departed defensive guru built the Bears into the league’s most ferocious unit a year ago but now he’s in Denver. Chicago does return the majority of its starters on that side of the ball but it may take a few weeks for the defense to gell under new coaching. Meanwhile, the Packers defense allowed a ton of points last season and their two first-round rookies (Gray and Savage) may need a game or two to become the playmakers they were drafted to be. Bears QB Mitch Trubisky should take a step forward in his progression now in a second year in Matt Nagy’s offense. It’s feasible to expect both offenses to score 25 or more points in this one.

As we mentioned above, the Bears’ loss of Vic Fangio may take a couple weeks for this defense to overcome. Chicago boasted the league’s best defense a year ago but Fangio’s mastermind schemes were a big part of that. Aaron Rodgers will be motivated to redeem himself and this team after last year’s disappointment of a season and he should be more efficient in a new offense under Matt LaFleur. A good balance of Rodgers’ passing excellence and a solid ground game led by Aaron Jones may be the difference in the visitors controlling this one from start to finish. If you grabbed the Packers at +4 or even +3.5 when betting opened - you’re sitting pretty. But at +3, there’s still some good value in taking Green Bay - even on the road.