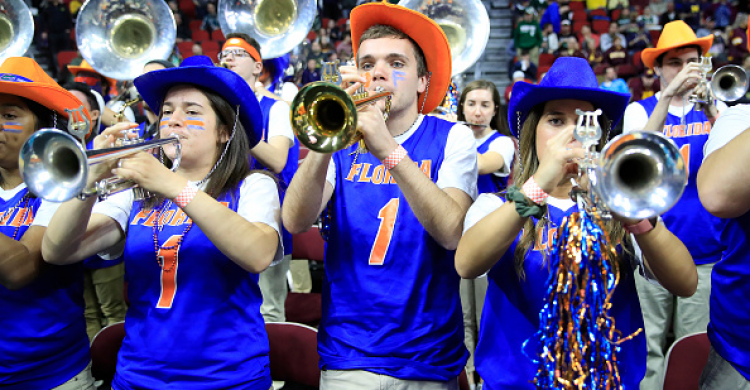 College basketball is finally back! It’s been seven long months since Virginia cut down the nets as last season’s champions, but the 2019-20 campaign is all ready to get underway on November 5th with a few marquee matchups. Before the action tips off, though, we need to take a look at which teams could win it all when the Final Four concludes in April.

Michigan State (+650) owns the top odds to win the 2020 college basketball title this year, according to Bovada’s odds listings. You can certainly lay some money on the Spartans as the favorites, but frankly there isn’t much value to be had with that bet. Instead, let’s examine some of the teams further down the odds list that could wind up being a huge pay day for you!

Despite a flurry of offseason accusations and NCAA violations, Kansas will undoubtedly challenge for the title as they do every year as long as Bill Self is the coach. The Jayhawks are currently tied for the third-shortest odds to win alongside Duke and Memphis, but they probably deserve to be mentioned in the same category as Michigan State, which is why we like this value. Kansas will get a huge offensive and defensive boost in the frontcourt with Udoka Azubuike returning from injury and Silvio De Sousa finally becoming eligible after sitting out last season. That duo might be the best forward-center combo in the nation and should dominate in the paint against any opponent in front of them. This team also returns the majority of last year’s squad, headlined by Devon Dotson and Ochai Agbaji manning the guard positions. Plus, Iowa transfer Isaiah Moss will be a nice three-point addition to round out the rotation.

There’s no denying how stacked the ACC is this season, but if Louisville can make it out alive they will be the most battle-tested team in the country come March. The Cardinals are fourth among their conference foes in these odds, but they are arguably the most talented team in the ACC. Louisville has the conference’s preseason player of the year in Jordan Nwora and have plenty of experience surrounding him with fifth-year seniors Dwayne Sutton and Steven Enoch. Plus, the Cards will get a huge boost on offense from incoming transfer Lamar Kimble, who was one of the best grad transfers in the country from Saint Joseph’s. This team will be very good on defense with tons of experience, size and length, and come tournament time their veterans will be ready to make a splash and prove they are the best ACC squad in 2019-20. Let everyone else bet on Duke, Virginia and North Carolina and let’s take Louisville at the value while we can.

If any team is going to challenge Kentucky for the SEC title this season it will be a much-improved Florida squad. They could go very deep in the tournament with tons of talent across the board. The Gators locked down Virginia Tech-transfer Kerry Blackshear this offseason, and his mere presence will make this team miles better on offense. He will sure up the Gators’ frontcourt that got inconsistent production from the position last year. Plus, the rest of the rotation is loaded now with two incoming McDonald’s All-Americans in Scottie Lewis and Tre Mann and two returning sophomores in Keyontae Johnson and Andrew Nembhard, both who improved drastically a year ago in their first collegiate seasons. Blackshear, though, instantly makes this team one of the country’s best because of his elite offensive talent in the paint which will complement a team with really good guard play. Plus, his experience playing in the tough ACC conference last year will go a long way in March when Florida plays the Duke’s and Virginia’s.

By now you’ve surely heard the sad tune of Gonzaga basketball over the last decade. This team is routinely the best mid-major program year after year, and are everyone’s favorite darlings to win it all come tournament time. However, they’ve yet to win a title despite being a #1-seed three times in the last seven years. Still, Gonzaga has gotten mighty close recently with a championship game loss in 2017 and an Elite Eight exit last season. Mark Few and Co. will eventually get the job done and although this year’s team is slightly less talented than in past years, we can’t ignore the value here for a team that will almost certainly be in the Big Dance. The Zags lost four starters from last season, including a pair of first-round NBA talents, but they still have a ton of underrated talent. Forwards Killian Tillie and Corey Kispert should be even better this year and they bring in a pair of really good grad transfers in Admon Gilder (Texas A&M) and Ryan Woolridge (North Texas). Plus, true freshman Anton Watson will have a big role early on and he could be the next great Gonzaga talent (i.e. Josh Perkins).

Another mid-major? Yep, and this team could be even better than Gonzaga or any other smaller program in the country. The Aggies were the best team in the Mountain West last season and will be again after Nevada has taken a step back in the offseason. The two main players for Utah State will be the key to their success as Sam Merrill and Neemias Queta look to prove they are NBA-ready talents. The Aggies went on a 17-1 run from mid-January to March until they lost in the first round of the NCAA Tournament. Queta is battling a knee injury but when he’s back to full strength, this team will be a tough out come tournament time. Take the value on them now while you still can because they will quickly become the best mid-major bet in the country.

Dan Servodidio brings you his best bets for the upcoming college basketball...