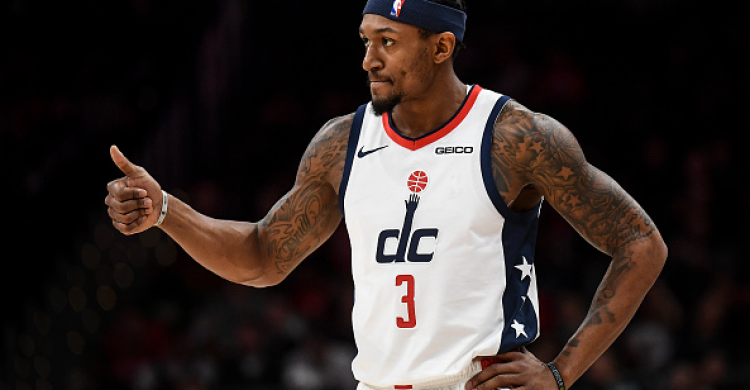 Who’s up for some hoops and football betting today? We’re now fully entrenched in the NBA season and the college football bowl season is in full swing. Why not spend the day after Christmas watching sports and laying some money down? All odds, totals and spreads referenced here are taken from the Westgate Superbook at the time of this writing. Feel free to search around other sportsbooks to find the best possible spread or total. Let’s dive in!

Although the Wizards are one of the worst teams in the league, the Pistons really aren’t that much better and even at home they shouldn’t be 6.5-point favorites. Detroit (11-20) has now lost five straight - four of which were at home - and one of those home matchups was a 133-119 loss to the Wizards a couple weeks ago. That blemish marked the second time in two matchups that the Pistons have lost to the ‘Zards this season. Again, it doesn’t make sense that Washington is this big of an underdog even if it is on the road. The Wizards have had the Pistons’ number so far this season and have outscored them by a combined 30 points in their two previous matchups. Plus, Washington (9-20) may have minimal wins this season but they have five (of nine) victories coming on the road so far and are oddly playing better when their away from home this season.

While these two squads have yet to play this season, there’s no denying how intense this battle for Western Conference bragging rights will be on the national stage in prime-time with no other major sports matchups on the schedule. Utah (18-12) is the current six-seed in the West and are an impressive 11-3 at home so far this season. Meanwhile, Portland (14-17) are hanging on to the eighth seed with a 6-10 road record. Both these squads will be looking to get back onto the winning trail after the Jazz just dropped their last game vs. Miami but won their previous five games beforehand. The Blazers also won four straight before losing their last matchup to New Orleans. We’re backing Utah here at home, though, because of their very good record at home and tendency to beat teams by more than five points when they do win. In that recent five-game win streak, Utah won each by five points or more.

The Quick Lane Bowl, played in Detroit’s Ford Field, features a MAC representative facing an ACC program. Whenever we get a matchup like this, it’s always important to factor motivation into the spread and consider which team simply wants to win and compete harder than the other. In this case, it’s clearly Eastern Michigan - a Group of Five school playing in their first ever bowl matchup vs. a Power 5 team and only their third bowl appearance since they won the 1987 California Bowl. Plus, the Eagles’ campus in Ypsilanti, Michigan is only a 40-minute drive away from where this game is being played. Meanwhile, Pittsburgh has played nine bowl games in just this decade and the argument can be made they won’t be as pumped-up to play this one the day after Christmas. Despite having this postseason experience, Pitt has also lost its last four bowl games and six of their last seven dating back to 2011. Another important trend to note is that Pittsburgh has won by 10 points or less in all seven of their victories this season - including two matchups against lower-tiered schools in Delaware and Ohio - comparable opponents to Eastern Michigan.

We get that Miami (FL) is an ACC program with tons of bowl-game experience in their history - but this spread seems way too big for this matchup against Louisiana Tech, a Group of Five school. For starters, the Independence Bowl will be played in Shreveport, Louisiana - which is only an hour away from where Louisiana Tech plays its home games in Ruston, LA. Tech should have a ton of its own fans packing the stadium and could essentially be playing a semi-home game with tons of motivation to beat a powerhouse Power 5 team. Plus, LA Tech has won its last five bowl matchups while the Hurricanes have dropped eight of their last nine. Furthermore, Miami (6-6) will be playing without a ton of notable players today with starting running back DeeJay Dallas and starting wideout Jeff Thomas among the five key contributors that are set to sit out this game. This means a ton of young players will be getting their first significant collegiate experience and that’s a big ask in a bowl matchup vs. a 9-3 Louisiana Tech team that will be playing a game in their home state. Take the points and LA Tech to cover.

Adam Ronis brings you his best bets for today's NBA and MLB...